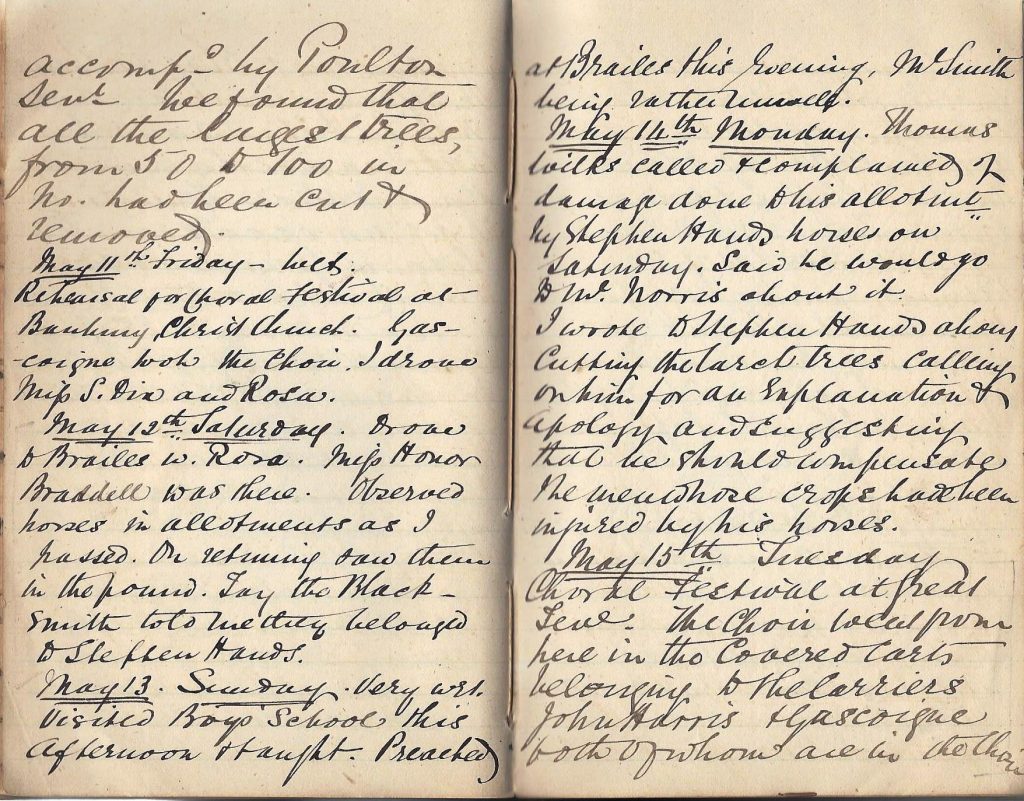 Thomas Wilks called and complained of damage done to his allotment by Stephen Hands’ horses on Saturday. Said he would go to Mr Norris about it. I wrote to Stephen Hands about cutting the larch trees, calling on him for an explanation and apology and suggesting that he should compensate the men whose crops had been injured by his horses.