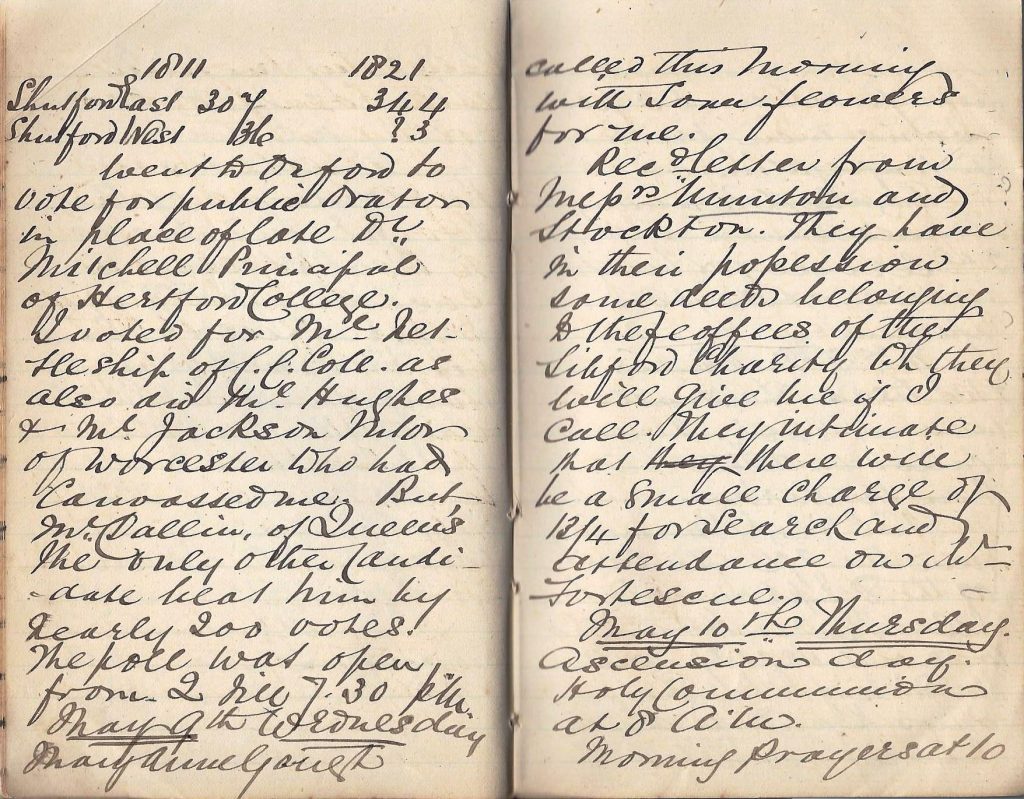 Ascension Day. Holy Communion at 8am. Morning Prayers at 10, Service with sermon at 7, when 50 persons were present in congregation.

Elizabeth Manning returned thanks at 2nd service for benefits received at Horton Infirmary.

Mrs F Milburn and Mr Oscar Shelswell were at early service. I called on them at their mother’s.

Visited Elizabeth Manning, gave her 2/6, the last of the 8 I promised her. Also Marion Hone who was out. Left 2/- with her sister for her. She says Hands is always sending her sister Maria out to beg for him. The young woman does not like it. I said I would rather she did not do it and that Hands has no occasion to beg, if he will only work like other men.

Went up to Heath Farm with Poulton and Horsman to see about repairs. Mr Stephen Hands, the tenant, seemed unwilling that I should go down to the new larch plantation to see what timber there was fit for use. But I went through it accompanied by Poulton senior. We found that all the largest trees, from 50 to 100 in number, had been cut and removed.