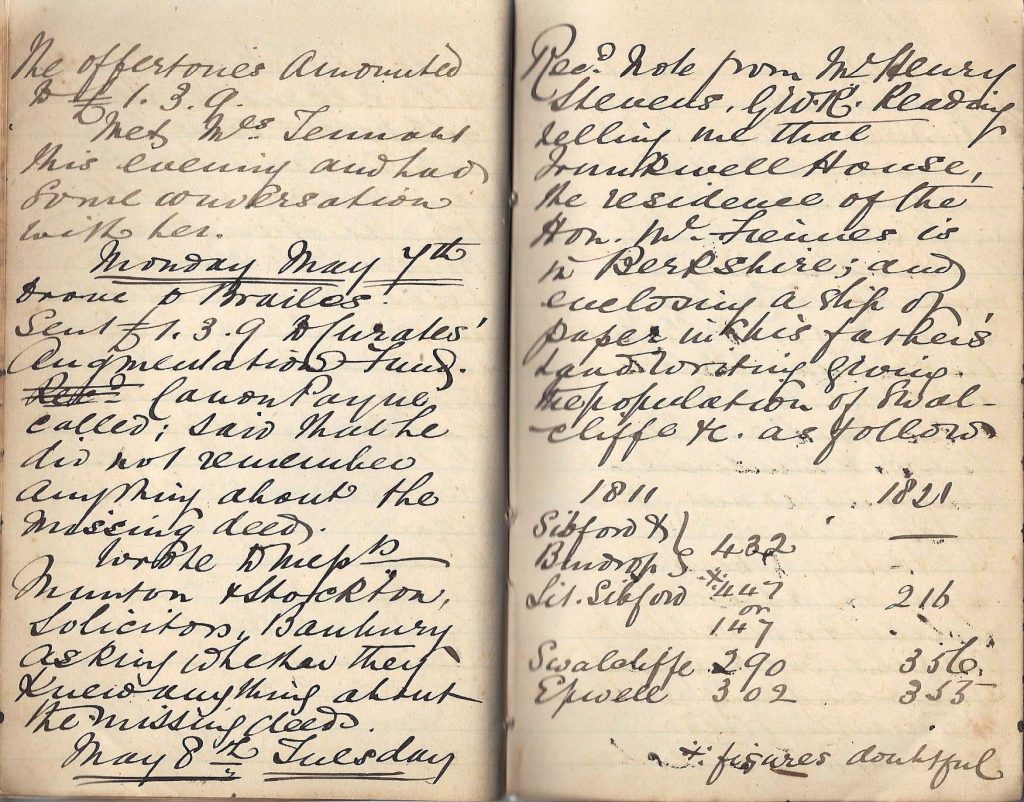 Received note from Mr Henry Stevens, GWR Reading, telling me that ?Frankwell? House, the residence of the Hon Mr Fiennes is in Berkshire; and enclosing a slip of paper in his father’s handwriting giving the population of Swalcliffe etc as follows:

Went to Oxford to vote for public orator in place of late Dr Mitchell , Principal of Hertford College. I voted for Mr Nettleship  of C. C. College as also did Mr Hughes and Mr Jackson, tutor of Worcester, who had canvassed me. But Mr Dallin, of Queen’s, the only other candidate beat him by nearly 200 votes. The poll was open from 2 till 7.30 pm.