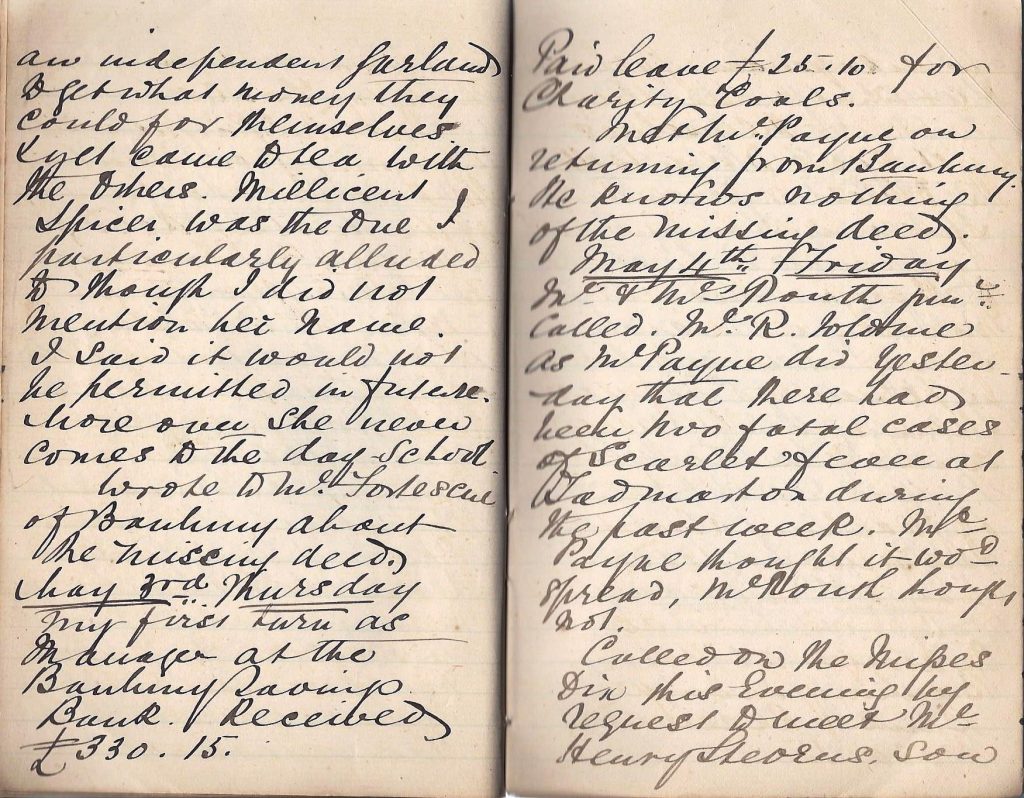 Mr and Mrs Routh junior called. Mr R told me as Mr Payne did yesterday that there had been two fatal cases of scarlet fever at Tadmarton during the past week. Mr Payne thought it would spread, Mr Routh thought not.

Called on the Misses Dix this evening by request to meet Mr Henry Sheorns, son of the late vicar of Swalcliffe. Took supper with them.