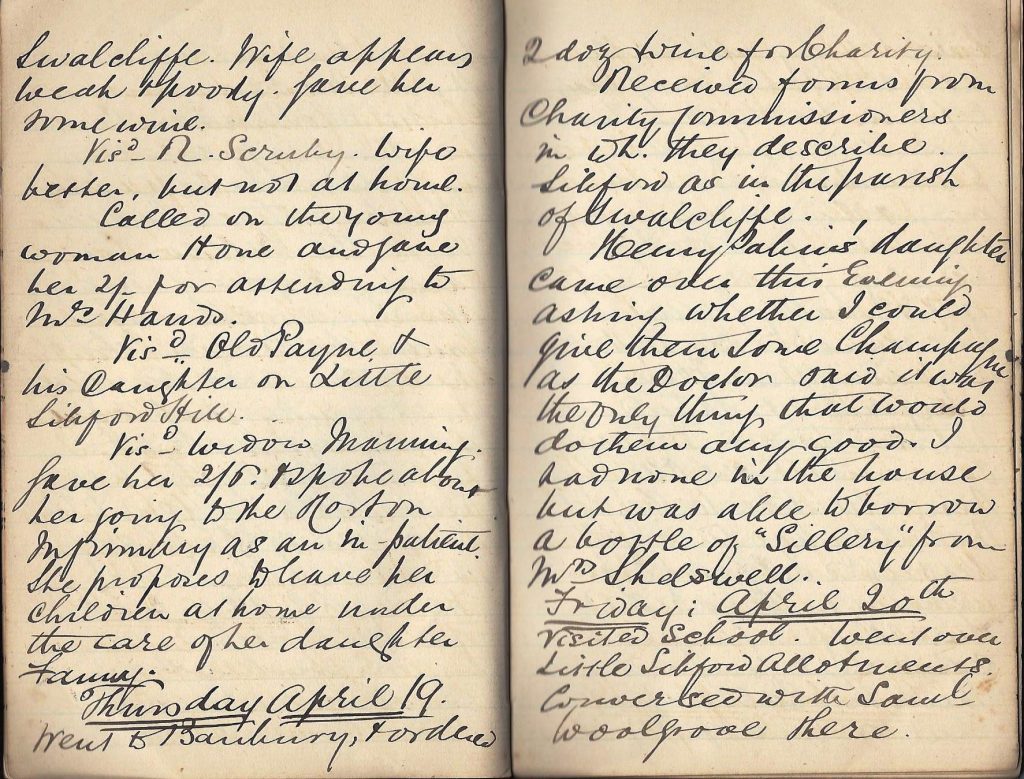 Went to Banbury and ordered 2 dozen wine for charity.

Received forms from Charity Commissioners in which they describe Sibford as in the parish of Swalcliffe.

Henry Sabin’s daughter came over this evening asking whether I could give them some champagne as the Doctor said it was the only thing that would do them any good. I had none in the house but was able to borrow a bottle of “Sillery ” from Mrs Shelswell.