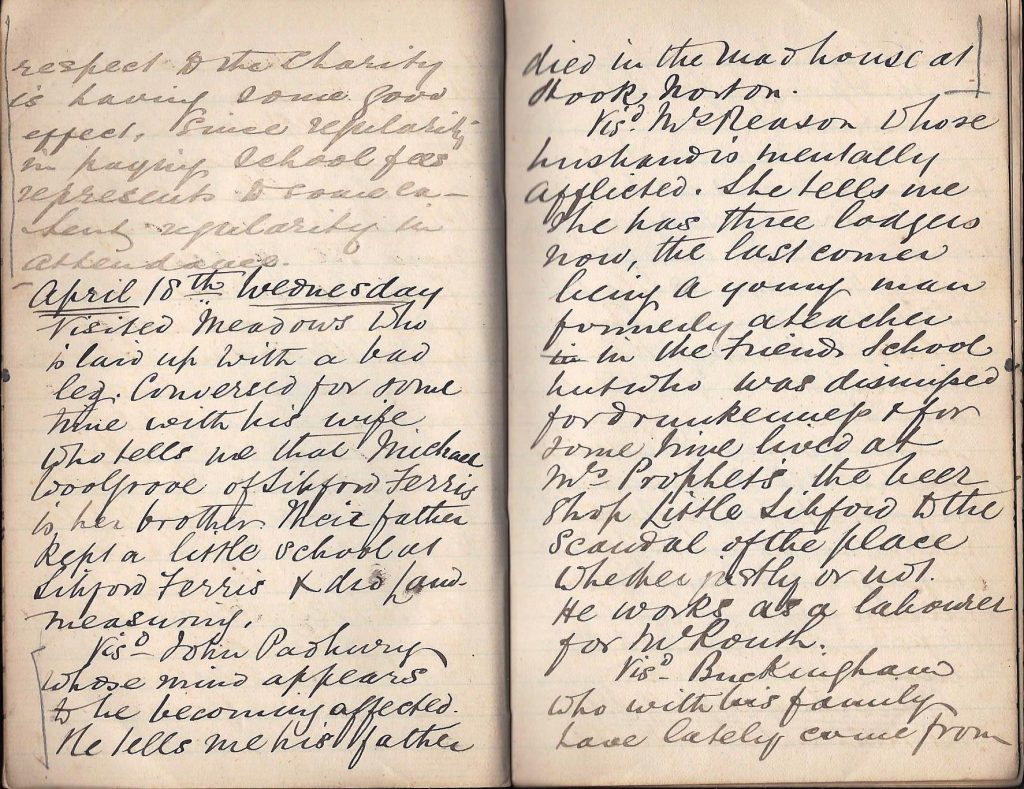 Visited Meadows who is laid up with a bad leg. Conversed for some time with his wife who tells me that Michael Woolgrove of Sibford Ferris is her brother. Their father kept a little school at Sibford Ferris and did land measuring.

Visited John Padbury whose mind appears to be becoming affected. He tells me his father died in the mad house at Hook Norton.

Visited Mrs Reason whose husband is mentally afflicted. She tells me she has three lodgers now, the last comer being a young man formerly a teacher in the Friends’ school but who was disciplined for drunkenness and for some time lived at Mrs Prophett’s the beer shop Little Sibford, to the scandal of the place whether justly or not. He works as a labourer for Mr Routh.

Visited Buckingham who with his family have lately come from Swalcliffe. Wife appears weak and poorly. Gave her some wine.

Visited Mr Scruby. Wife better, but not at home.

Called on the young woman Hone and gave her 2/- for attending to Mrs Hands.

Visited Old Payne and his daughter on Little Sibford Hill.

Visited Widow Manning, gave her 2/6 and spoke about her going to the Horton Infirmary as an in-patient. She proposes to leave her children at home under the care of her daughter Fanny.