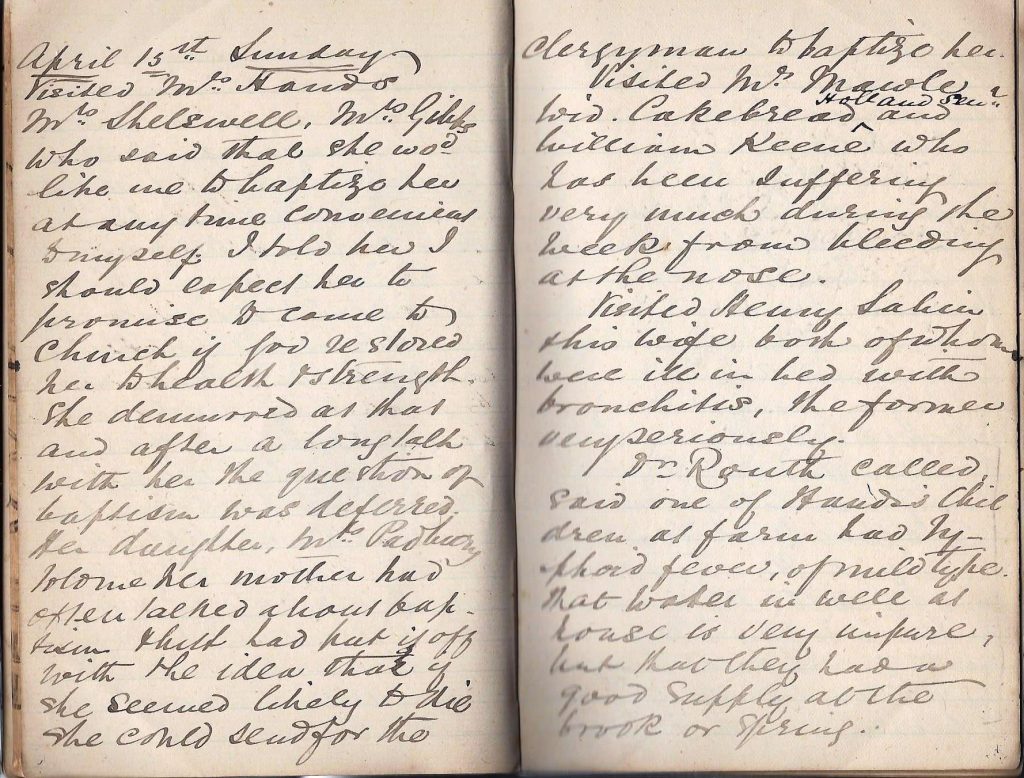 Visited Mrs Hands, Mrs Shelswell, Mrs Gibbs who said that she would like me to baptize her at any time convenient to myself. I told her I should expect her to promise to come to church if God restored her to health and strength. She demurred at that and after a long talk with her the question of baptism was deferred. Her daughter, Mrs Padbury, told me her mother had often talked about baptism but had put it off with the idea that if she seemed likely to die she could send for the clergyman to baptize her.

Visited Mrs Mawle and Widow Cakebread, Hole and ?senior? and William Keene who has been suffering very much during the week from bleeding at the nose.

Visited Henry Sabin and his wife both of whom were ill in bed with bronchitis, the former very seriously.

Dr Routh called, said one of Hands’s children at farm had typhoid fever, of mild type, that water in well at house is very impure, but that they had a good supply at the brook or spring.