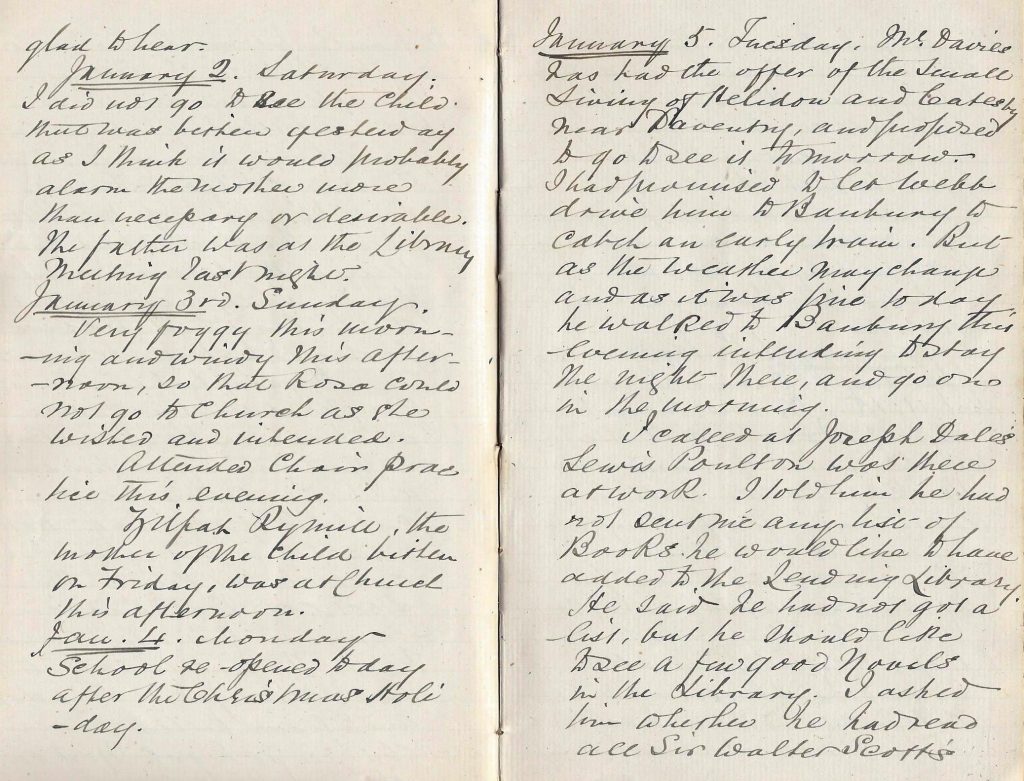 Mr Davies has had the offer of the small Living of Helidon and Catesby near Daventry, and proposed to go to see it tomorrow. I had promised to let Webb drive him to Banbury to catch an early train. But as the weather may change and as it was fine today, he walked to Banbury this evening intending to stay the night there, and go on in the morning.

I called at Joseph Dale’s. Lewis Poulton was there at work. I told him he had not sent me any list of Books he would like to have added to the Lending Library. He said he had not got a list, but he should like to see a few good novels in the Library. I asked him whether he had read all Sir Walter Scott’s, Charles Dickens’ and Thackeray’s. He replied that he had not. I suggested that as they were all in the Library and were among the best, if not the best, novels ever written he would be pleased to read them before asking indefinitely for more.