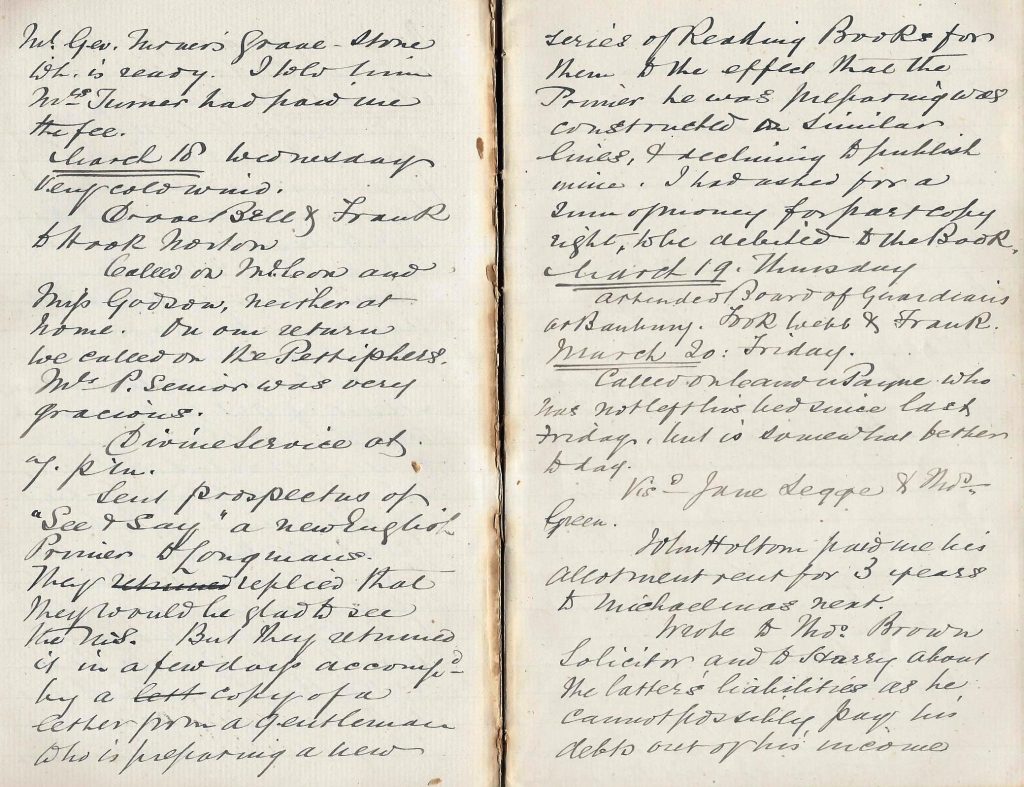 Called on Mr. Cox and Miss Godson, neither at home. On our return we called on the Pettiphers. Mrs P. senior was very gracious.

Sent prospectus of “See and Say” a new English Primer to Longmans. They replied that they would be glad to see the manuscript. But they returned it in a few days accompanied by a copy of a letter from a gentleman who is preparing a new series of Reading Books for them to the effect that the Primer he was preparing was constructed on similar lines, and declining to publish mine. I had asked for a sum of money for part copyright, to be debited to the Book.