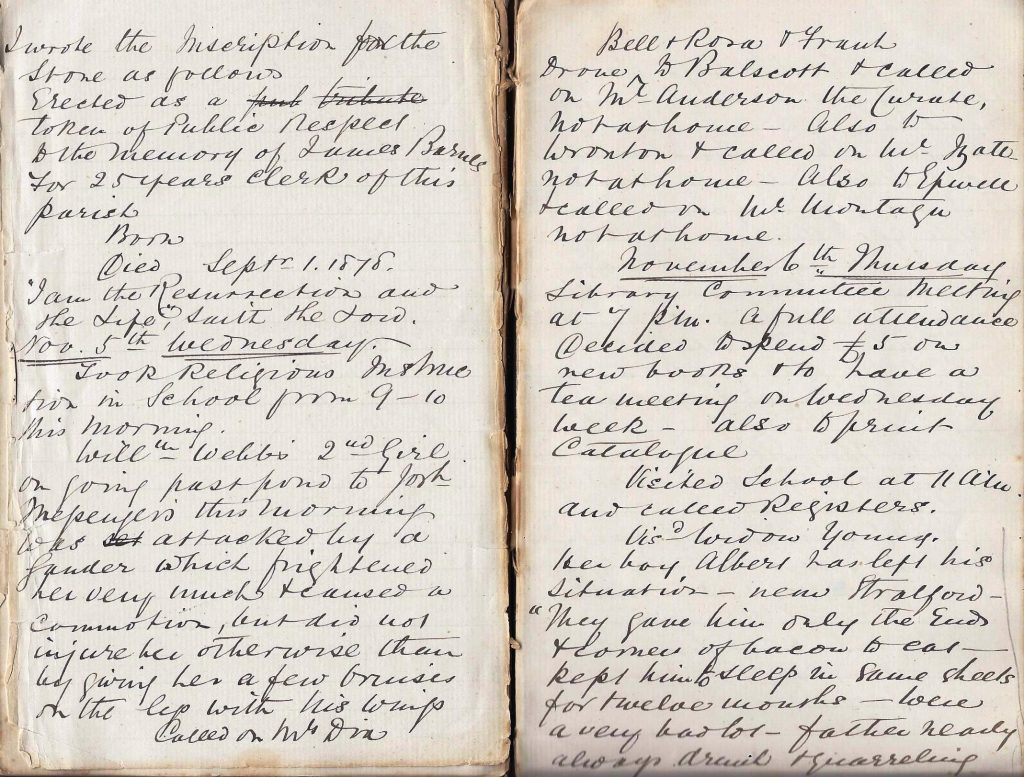 Library Committee Meeting at 7 pm. A full attendance. Decided to spend £5 on new books and to have a tea meeting on Wednesday week – also to print catalogue.

Visited School at 11 am and called Registers.

Visited Widow Young. Her boy Albert has left his situation – near Stratford – “They gave him only the ends and corner of bacon to eat – kept him to sleep in same sheets for twelve months – were a very bad lot – father nearly always drunk and quarreling and fighting with his wife, sons and daughters – such goings on as were not fit to be named.” How much of this account is true I don’t know – But Widow Young gave the boy a good character – He brought all his year’s wages £5 home to her except 4/- which he had had during the year. He has not been able to get another place and is now engaged breaking stones on the road.

Joseph Alcock asked me to let him have an allotment – I told him I would if I could, that I was not aware of any being vacant at the Heath at present – and that married men with families had first offer.