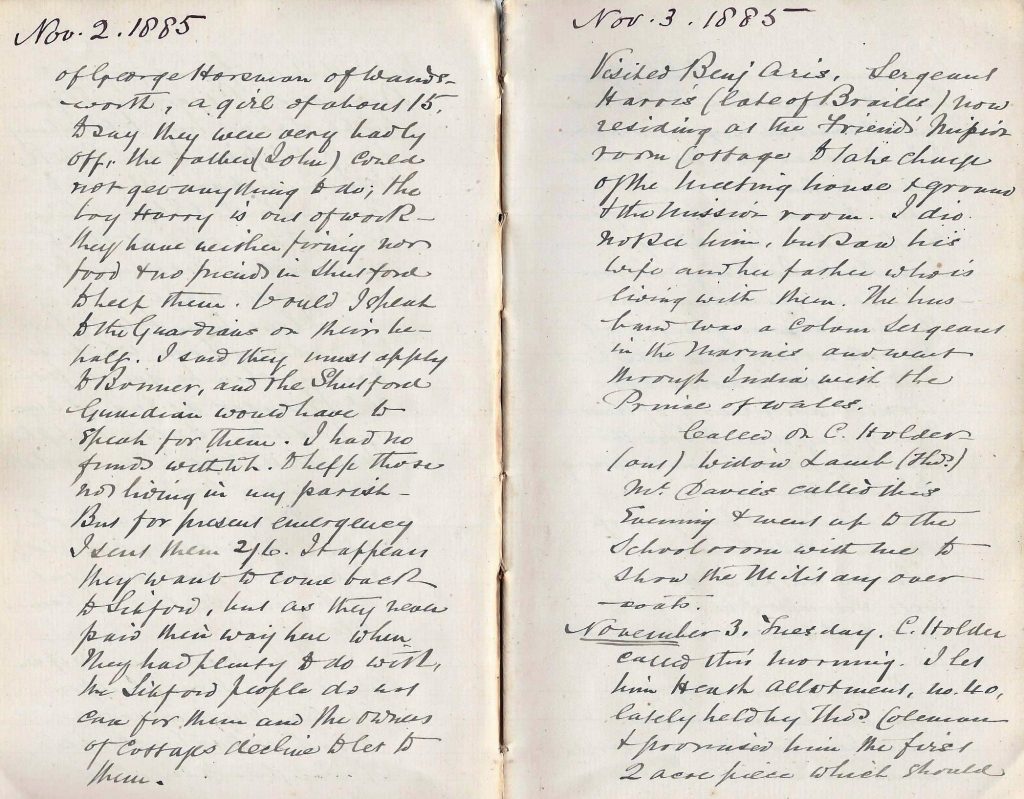 C. Holder called this morning. I let him Heath allotment, no. 40, lately held by Thomas Coleman and promised him the first 2 acre piece which should become vacant. Mr Woolgrove had advised that Thomas Padbury should be deprived of his 2 acres for non-cultivation and that it would be better to give him £1 to go out than to let him stay on. I spoke to Padbury’s wife about it yesterday; but she said he was going to set to work at it; that now he had not got a horse he would have plenty of time – that if they were to lose the land they would have nothing to live on, etc.

“But it cannot pay you, if you do not cultivate it.”

“But it has paid us very well, sir, and I hope you will not take it away from us.”

The inducement of £1 to go out had no weight with her – so I said I would think about it, and see how they get on.

Rain all day but fine at night though intensely dark. Mr Davies and I went for a walk; but he could not see, so I got him to take my arm. we walked round Sibford Ferris, the Elm, Pig & Whistle and Pound Lane, home.