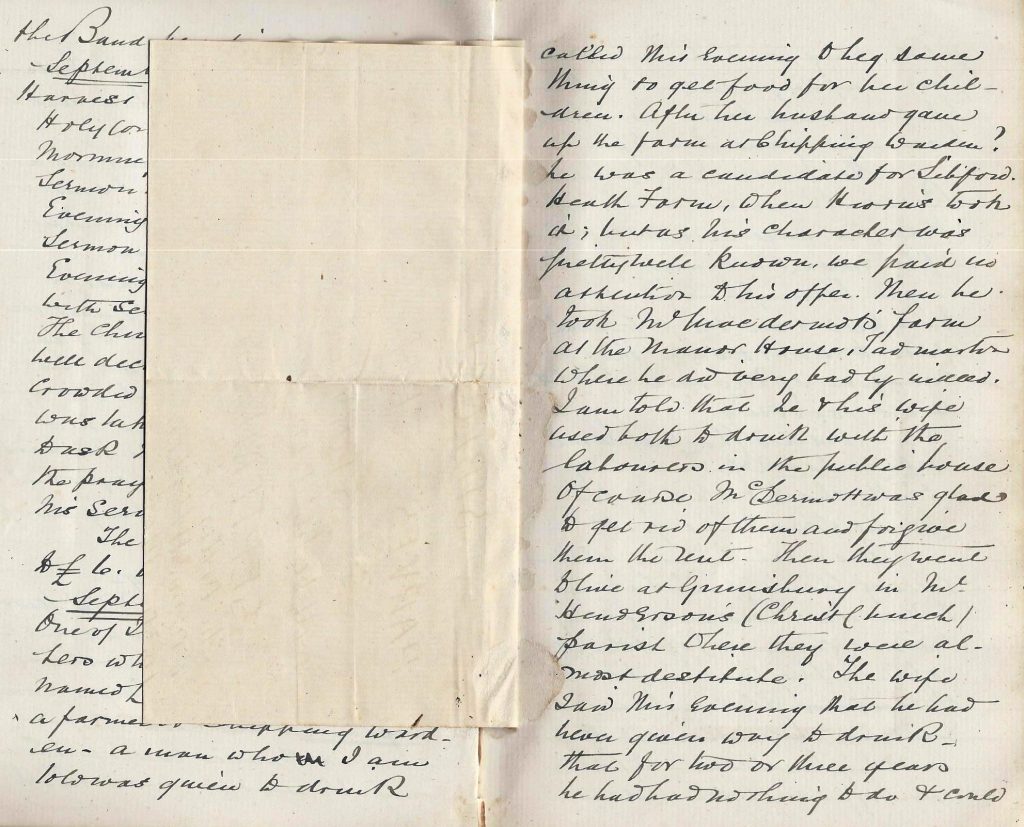 One of John Lamb’s daughters who married a man named Lovell (her master) a farmer of Chipping Warden – a man whom I am told was given to drink – called this evening to beg something to get food for her children. After her husband gave up the farm at Chipping Warden? he was a candidate for Sibford Heath Farm, when Hiorns took it; but as his character was pretty well known, we paid no attention to his offer. Then he took Mr Macdermot’s farm at the Manor House, Tadmarton where he did very badly indeed. I am told that he and his wife used both to drink with the labourers in the public house. Of course McDermott was glad to get rid of them and forgive them the rent. Then they went to live at Grimsbury in Mr Henderson’s (Christ Chursh) parish where they were almost destitute. The wife said this evening that he had never given way to drink – that for two or three years he had had nothing to do and could get nothing, and she could not find employment. I talked to her as well as I knew how and gave her 5/-.

The Misses E. and L. Mann, Bessie Rimell and Polly Hiorns were here all the afternoon and evening making a triumphal arch to be put on the church gate tomorrow on the occasion of Marion Shelswell’s wedding.