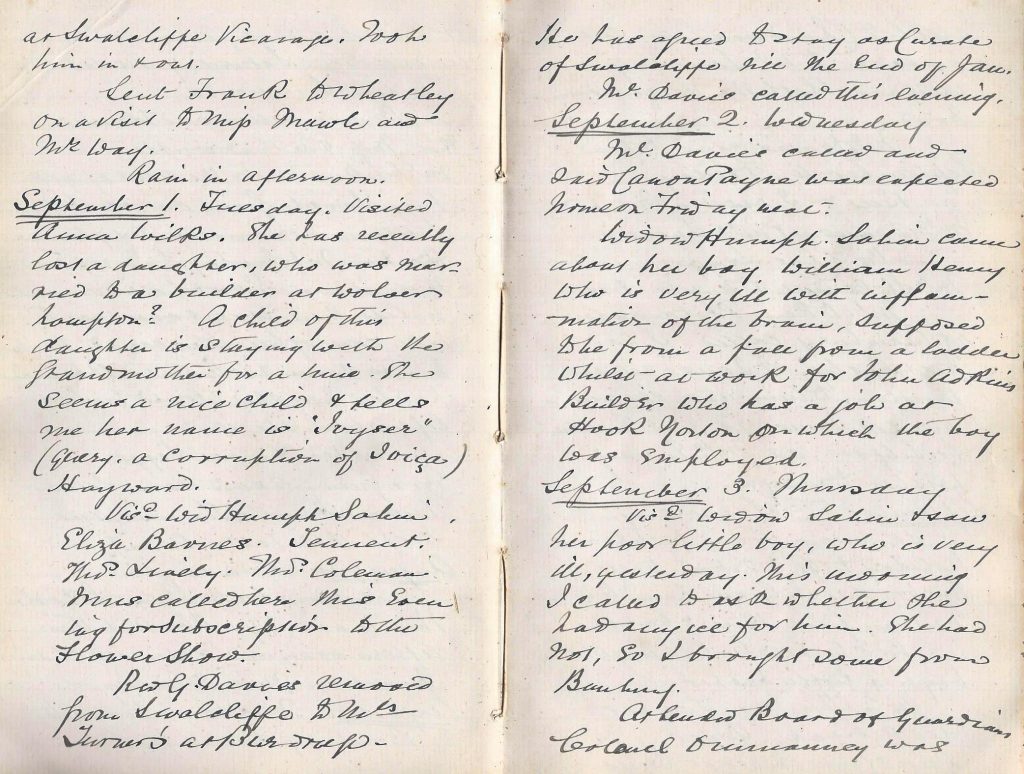 Mr Davies called and said Canon Payne was expected home on Friday next.

Widow Humphrey Sabin came about her boy William Henry who is very ill with inflammation of the brain, supposed to be from a fall from a ladder whilst at work for John Adkins Builder who has a job at Hook Norton on which the boy was employed.