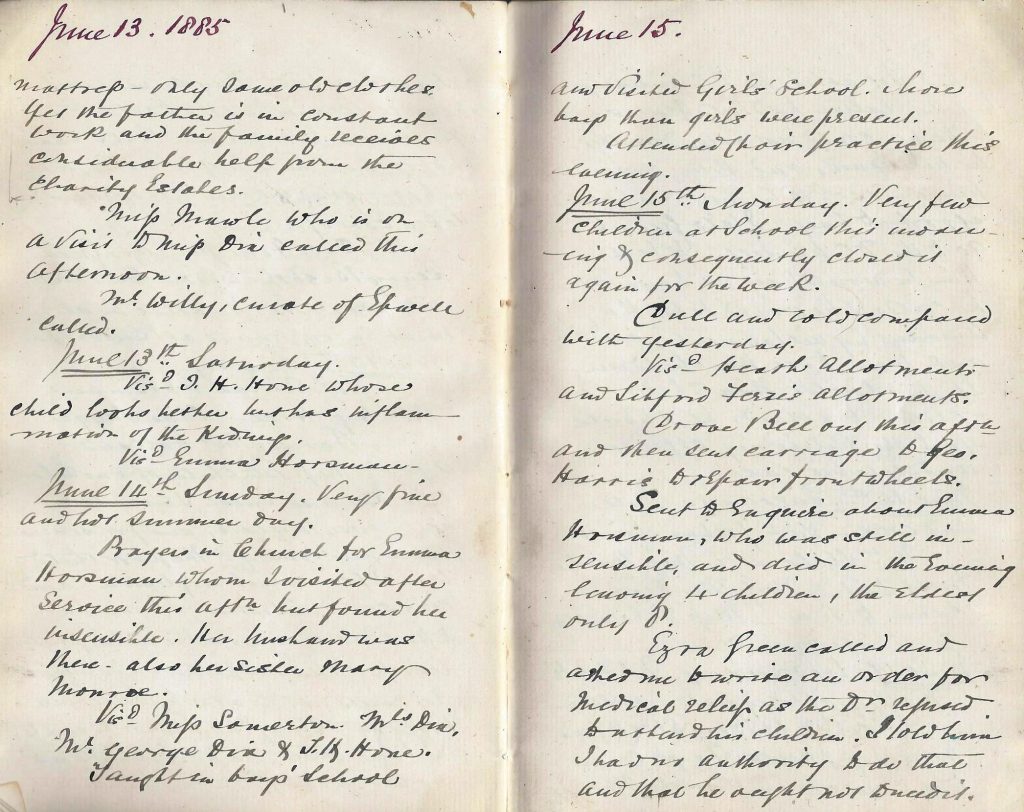 Very few children at School this morning and consequently closed it again for the week.

Dull and cold compared with yesterday.

Drove Bell out this afternoon and then sent carriage to George Harris to repair front wheels.

Sent to enquire about Emma Horsman, who was still insensible, and died in the evening leaving 4 children, the eldest only 8.

Ezra Green called and asked me to write an order for medical relief as the Doctor refused to attend his children. I told him I had no authority to do that and that he ought not to need it. He had not asked the Doctor himself but the latter had told Green’s wife he could not attend unless he were paid, and they owe him an account which they make no effort to pay. I told Green to go to the Doctor himself – to tell him he would pay as soon as he could, if he would take the amount by instalments, and ask him to see the children. If the doctor then still declined to attend, he should go to the Relieving Officer and state his case.