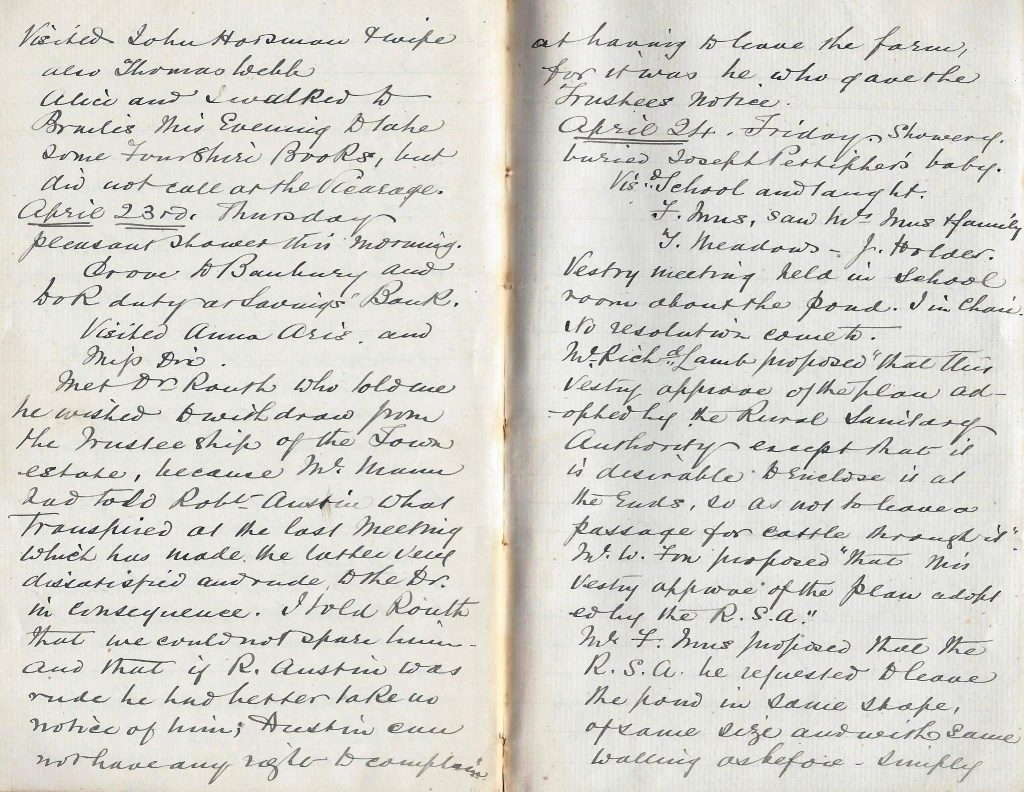 Vestry meeting held in Schoolroom about the pond. I in Chair. No resolution come to.

Mr Richard Lamb proposed “that the Vestry approve of the plan adopted by the Rural Sanitary Authority except that it is desirable to enclose it at the ends, so as not to leave a passage for cattle through it.”

Mr W. Fox proposed “that this Vestry approve of the plan adopted by the R.S.A.”

Mr F. Inns proposed “that the R.S.A. be requested to leave the pond in same shape, of same size and with same walling as before – simply repairing where absolutely necessary.”

There were 27 ratepayers present, but a majority of those present did not vote for any motion. I therefore declared them all lost, which I was very sorry to do.