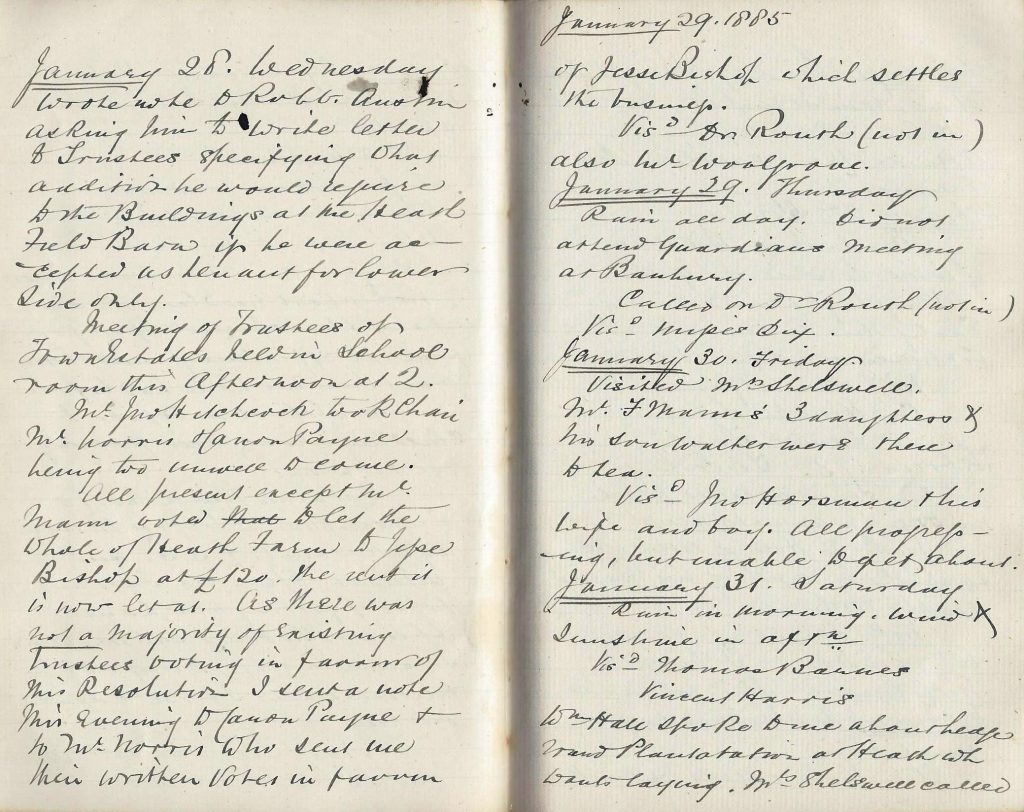 Wrote note to Robert Austin asking him to write letter to Trustees specifying what addition he would require to the Buildings at the Heath Field Barn if he were accepted as tenant for lower side only.

Meeting of Trustees of Town Estates held in Schoolroom this afternoon at 2. Mr John Hitchcock took Chair, Mr Norris and Canon Payne being too unwell to come. All present except Mr Mann voted to let the whole of Heath Farm to Jesse Bishop at £120, the rent it is now let at. As there was not a majority of existing trustees voting in favour of this Resolution I sent a note this evening to Canon Payne and to Mr Norris who sent me their written votes in favour of Jesse Bishop which settles the business.