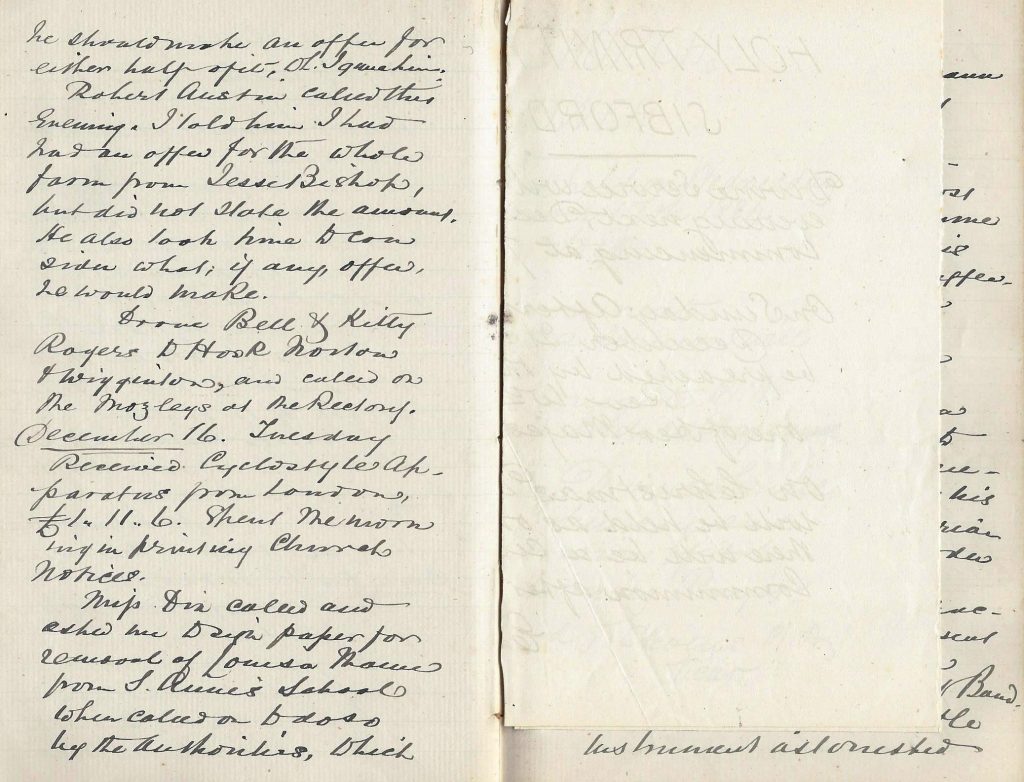 Miss Dix called and asked me to sign paper for removal of Louisa Thame from St Anne’s School when called on to do so by the authorities, which I did.

Visited Mr Mann. Mrs Mann is a trifle better, but I did not see her. Dr Routh was there – I gave him 10/- towards cost of a ticket for the Eastbourne Sanatorium for Benjamin Aris junior, who has been suffering from a lung complaint.

Library Committee this evening at 7. Resolved to present a testimonial to Mr Elley to amount of £2.10 or thereabouts in recognition of his services as Hon. Librarian for 7 years. Also to order a second Book case.

Attended Band practice this evening and presented the Treasurer with a C tunefork – for use of Band. The powers of the little instrument astonished some of the men very much. They never had seen such a thing as that in all their lives afore. It was a curious thing !