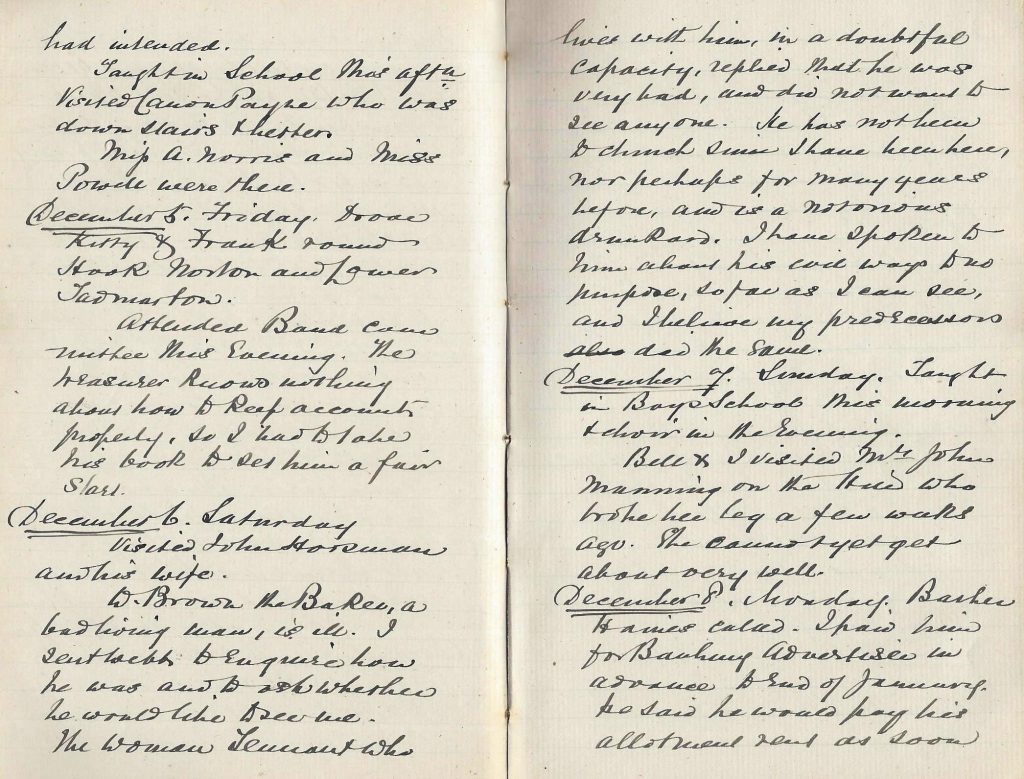 Barber Haines called. I paid him for Banbury Advertiser in advance to end of January. He said he would pay his allotment rent as soon as he could sell his swedes.

Thomas Lamb and John West called at my request about the Band accounts. They had no memoranda at all to show what had been paid and by whom, previous to their coming to me, though they had received £14 or £15. They did not know exactly what the bill for the instruments amounted to, nor how much they had borrowed from Mr Wrench.