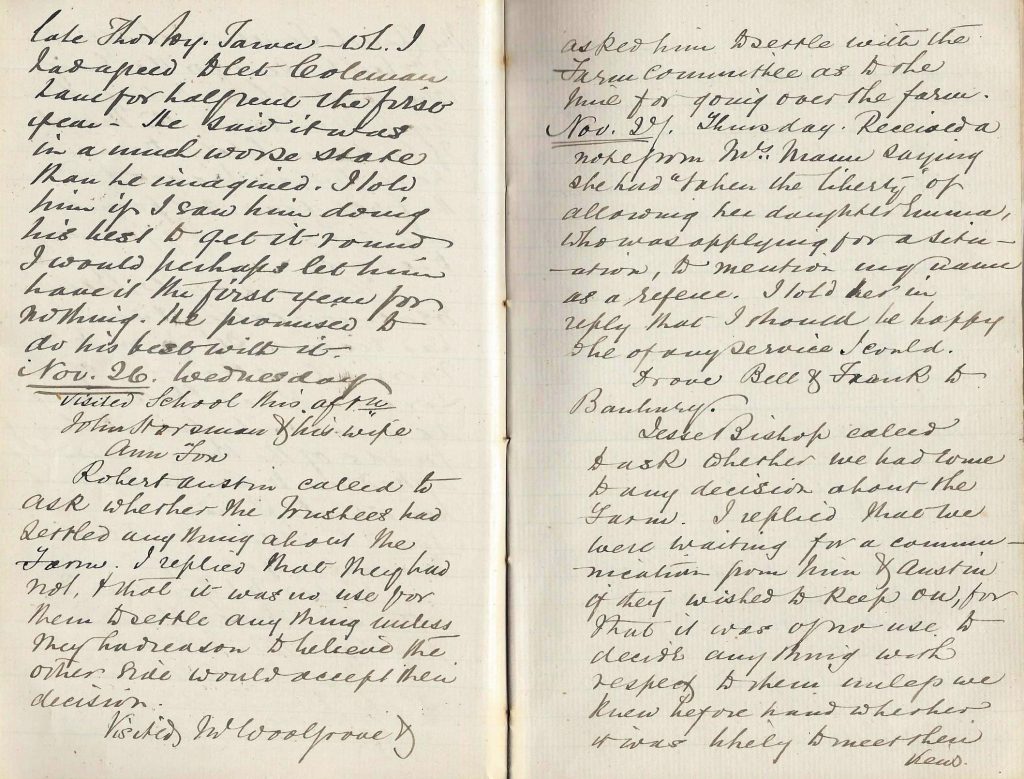 Robert Austin called to ask whether the Trustees had settled anything about the Farm. I replied that they had not, and that it was no use for them to settle anything unless they had reason to believe the other side would accept their decision.

Visited Mr Woolgrove and asked him to settle with the Farm Committee as to the time for going over the farm.