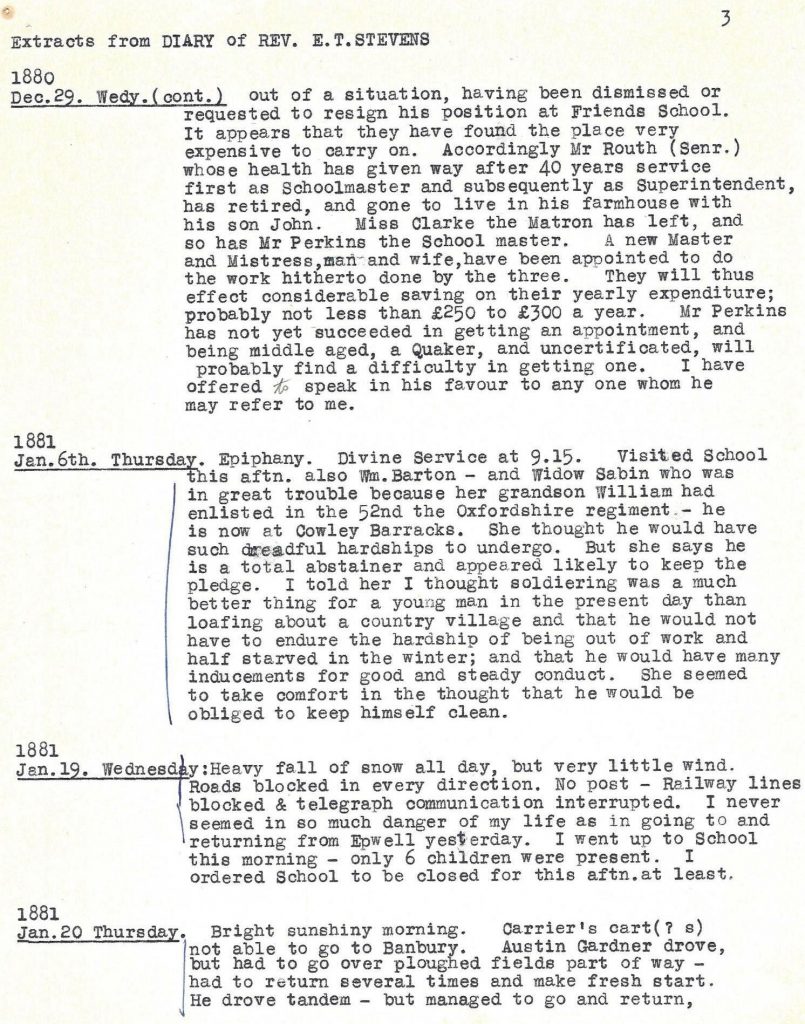 Bright sunshiny morning. Carrier’s cart(? s) not able to go to Banbury. Austin Gardner drove but had to go over ploughed fields part of way – had to return several times and make fresh start. He drove tandem – but managed to go and return, only damaging some of his harness.

I walked to Sibford Ferris where a gang of men was engaged in digging out the snow, having been set on by Mr. Routh, Senior who is Waywarden. Our Way Warden at Sibford Gower Mr. Henry Hiorns has done nothing.

Met Mr. Woolgrove, who had started to go to Banbury with Austin Gardner, but not thinking it safe for himself with his damaged arm, got out and returned. There are rumours of several persons in neighbouring parishes having been lost in the snow but no one of my parishioners has suffered any injury, so far as I can ascertain. A little damage has been done to some cottage and barn roofs.

Harry Lines, Carrier of Sibford Ferris, made the journey to Banbury and back.

No post again today but Fred Inns who saw the postman at Swalcliffe brought me one or two letters. Harry returned from Brailes but with some difficulty.