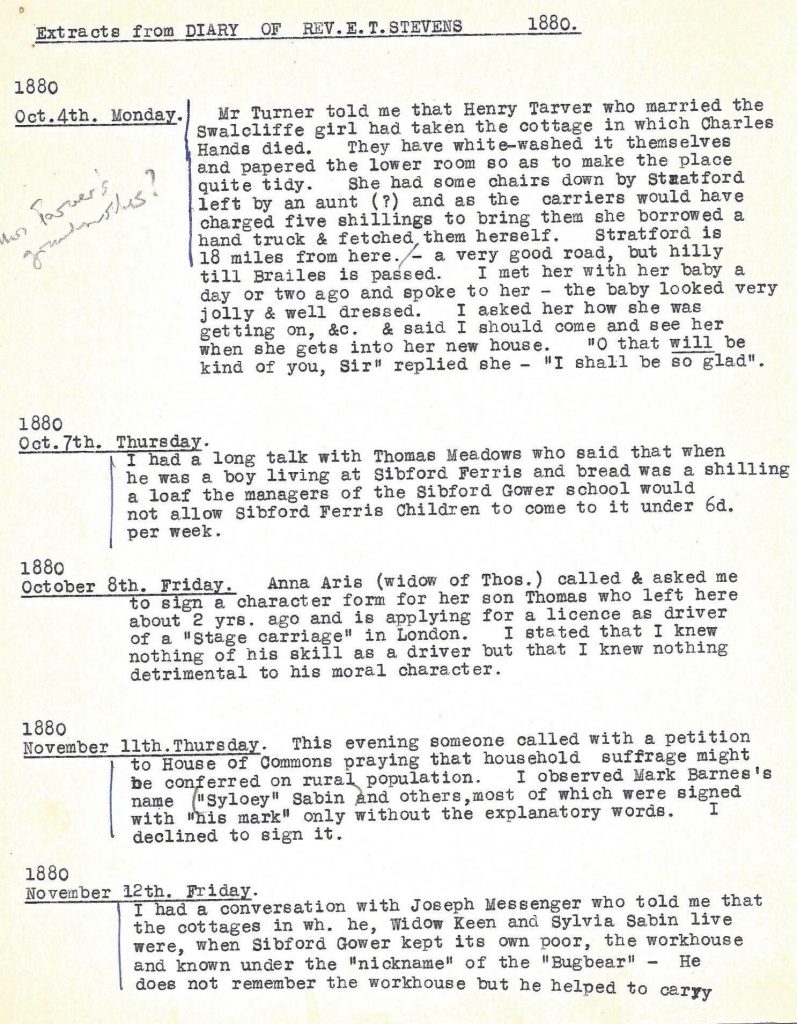 I had a conversation with Joseph Messenger who told me that the cottages in which he, Widow Keen and Sylvia Sabin live were, when Sibford Gower kept its own poor, the workhouse and known under the nickname of the “Bugbear” – He does not remember the workhouse but he helped to carry a cousin of his to the grave who had once been an inmate.