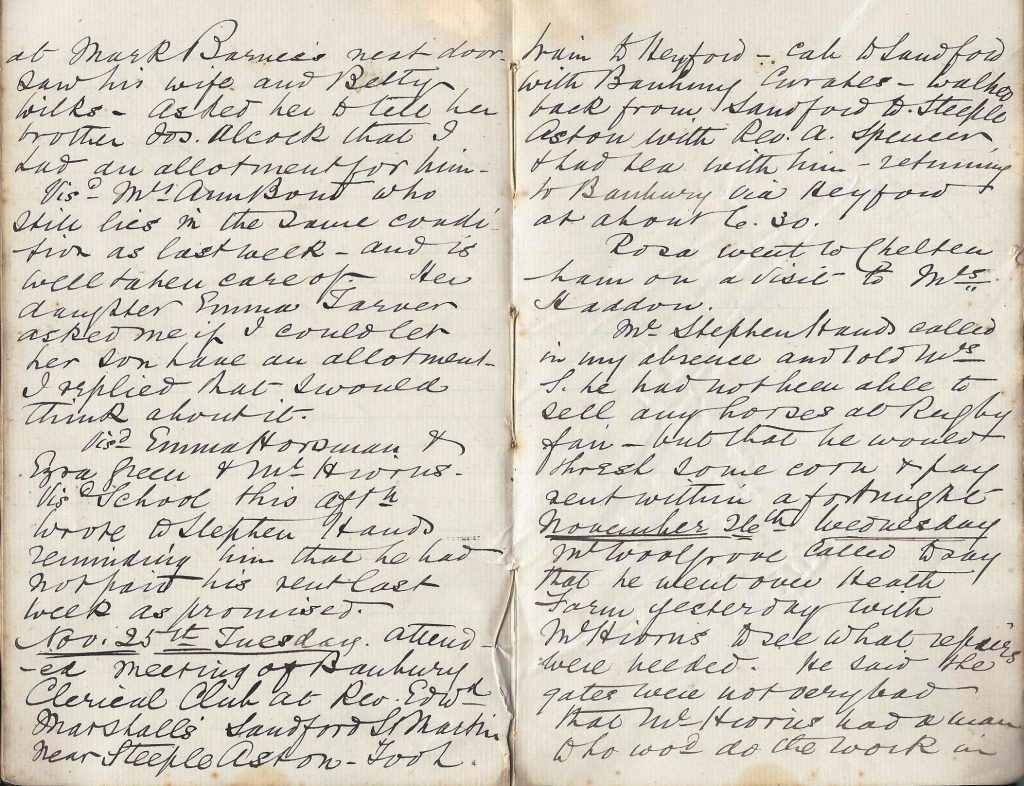 Mr Woolgrove called to say that he went over Heath Farm yesterday with Mr Hiorns to see what repairs were needed. He said the gates were not very bad – that Mr Hiorns had a man who would do the work in about a fortnight at 2/6 a day – that he might cut what wood was required out of the plantation – and that the Blacksmith would do the iron work. I agreed that Mr Woolgrove should order the work to be done.

He told me that there were several large gaps where Stephen Hands had had the hedges stocked up for purposes of a race course – that the Trustees would have to call upon Stephen Hands to make good. I told him I would write to Hands.