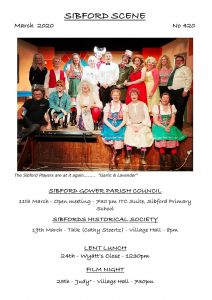 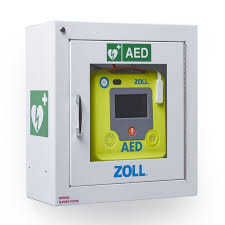 Cardiac Arrest can happen to anyone – even in the Sibfords! Save a life! When it happens having someone on hand who knows how to perform CPR (Cardio Pulmonary Resuscitation) and use a defibrillator is critical and can save life. In the UK over 30,000 cardiac arrests happen outside of the hospital environment every year and currently less than 1 in 10 survive.

In Norway where CPR is taught to everyone at school, 1 in 4 people survive. If we can achieve the same survival rates in the UK we could save almost 5000 lives a year.

The Parish Councils of the Ferris and the Gower have therefore come together to provide defibrillators in both villages and will be supporting training using the South Central Ambulance service.

However many people tell us they would not be confident in the use of CPR and would like to be trained in the defibrillator use. Local sessions have already been held in Hook Norton, Adderbury and Chipping Norton. Shortly we want to make these available in the Sibfords.

We want to hold sessions in Sibford School, the Primary School and the Village Hall. Dates will be advertised in the next Scene as well as on the website and council notice board, after close liaison with the parties concerned.

Worship in the Middle Ages — the Chapel of St John the Baptist, Sibford

The Banbury Hundred, one of the fourteen Hundreds in the County of Oxfordshire, comprised the four large parishes in North Oxfordshire — Banbury, Charlbury, Cropredy and Swalcliffe and, until the Middle Ages, remained in the ownership of the Bishops of Lincoln. The Banbury Hundred was sold in 1547 by the Bishops of Lincoln, to Edward Seymour, Duke of Somerset who granted it firstly, to the Earl of Warwick in 1550, and shortly afterwards to the Duke of Northumberland. In 1551 the Duke of Northumberland sold it to the Crown in exchange for other lands and by 1595 it was leased, with Banbury Castle, to the Fiennes family at Broughton Castle.

The ancient parish of Swalcliffe contained several small villages and was well documented because some of those villages contained extensive estates owned by abbeys and colleges. Swalcliffe Parish covered an area of 6946 acres. In the Middle Ages Swalcliffe Parish contained four Chapels, one in each of the four villages of Sibford, Epwell, Shutford and Swalcliffe. The Chapel of St John the Baptist at Sibford Gower was independent of the ecclesiastical parish church at Swalcliffe. By 1153, following the death of her husband, Agnes of Sibford granted its ownership and use to the Knights Templar. They retained the services of a priest to say prayers for her dead husband and kept the Chapel in good repair. In 1311, the Pope suppressed the International Order, due to alleged scandals and everything in their ownership was handed over to the Knights Hospittalers. By 1338 the Chapel at Sibford had passed to the Order of St John who looked after it for some 200 years. They paid an annual fee of £3.6s.8d to a chaplain to celebrate Mass three times a week for the souls of the departed and to make repairs as necessary to the Chapel.

In 1542 when the Manors of Sibford Gower and Sibford Ferris were sold to the Crown the ‘free’ Chapel was only valued at £1.00. ‘Its walls were very old, of rough stone while the lead and timber roof was slatted and badly decayed. There was little glass and two bells‘. By 1560 the Chapel was described as ‘small and ruined and all religious celebrations had ceased’ and villagers had to make the difficult, swampy journey to Swalcliffe to worship. The site of the Chapel of St John the Baptist remains unknown although some buildings near to the Cross in Sibford Gower do contain small elements of stone work which may have been salvaged from the ruined Chapel. Only the Chapels at Shutford and Epwell survived in the mid 16th century.