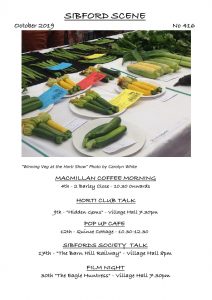 I was very interested to read about the history of Gibraltar quarry in both the August and September publications. My family purchased the quarry back in 1993 and since then, it has been largely left to nature. Forming part of the Swere Valley and Upper CTA (Conservation Target Area), I am hopeful it will provide a useful wildlife refuge for years to come. In addition to which, several years ago a group of botanists identified a rare plant species called “cotswold penny-cress” growing in the banks of the old quarry, although I am unsure whether it remains there today.

We believe the name Gibraltar originates from from the Napoleonic wars when soldiers named their houses after places they had been during the conflict. Perhaps Belle Isle is another example of this?

The adjacent fields are now used for sheep grazing, hay, and occasionally galloping racehorses. In the past Sibford School have also taken children there for picnics, and local riding clubs occasionally use the field to set up small gymkhana events.