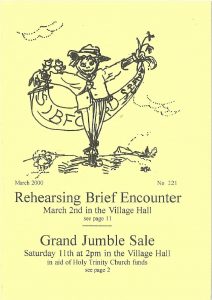 Who are these Quakers?

This is a question we often get asked and also, jokingly, whether it’s true that they invented and/or live on porridge!

It is not altogether surprising yet we’ve been in and around Sibford for more than 300 years and I don’t suppose the consumption of oats in our village is above the national average! ‘Quaker’ was in fact a nickname given two or three centuries ago by a magistrate after a Friend had used the verb ‘to Quake’ meaning ‘having great respect for’, rather than ‘physical fear’.

About 350 years ago a man called George Fox, distressed at the way so-called Christians behaved, went back to square one and not only read what Jesus had said and done about loving your enemies and speaking the truth at all times, (thus making oath-swearing unnecessary), but actually put it into practice and, mainly by example, persuaded his followers to do likewise.

He also saw that a religion based on love – including even your enemies – must of necessity preclude any killing of ones fellow beings whether ‘legally’, during war, or judicially.

In Britain, well into the 19th century, some 200 crimes were still punishable by hanging. When I was at school in the twenties and thirties there were still hangings for murderers, traitors and some other crimes; now thankfully, there are none. As to their beliefs, from their beginnings Quakers rejected what has been rather crudely been described as, ‘Pie in the sky when you die’ type of religion, opting rather for, ‘bread, and justice, for all while alive!’. As to the spiritual dimension, Quakers believe that everyone can have a mystical experience arising from the sheer wonder of ‘being’ and having the privilege of living on a tiny planet in such an amazing universe!

This great sense of joyful wonder, Friends recognise as spiritual or divine which we believe, emanates from a source beyond our normal comprehension which we call God. We believe that each of us has the ability to relate to ‘that element of God’ within each one of us: life then involves a continuous search for, and realization of, this amazing experience.

In our Sunday Meetings we gather in silent stillness contemplating the wonder and ‘worthship’ (now written as worship) of the remarkable experience of God, as here most inadequately defined.

This practical form of worship has inspired Quakers to oppose, and wherever possible, to do something about, all manifestations. of evil, whether social, international or political. In the early days this lead to much suffering, persecution and even death, but their lives and example continue to inspire us to carry on the struggle to enable people worldwide, to live in peace, love and joyful harmony which we believe, are the fruits of all true religion.

Between now and the end of March, very many frogs will be making their way to local ponds for breeding. Their preferred routes are down the centre of roads and lanes and sadly most of them end up squashed. May I appeal to drivers to do their best to avoid them. Every evening I shall go out with torch and bucket and save as many as I can. I am especially busy on wet mild evenings. Helpers desperately needed for Main Street, Bonds End Lane and Colony Road. Please ring Glennis.