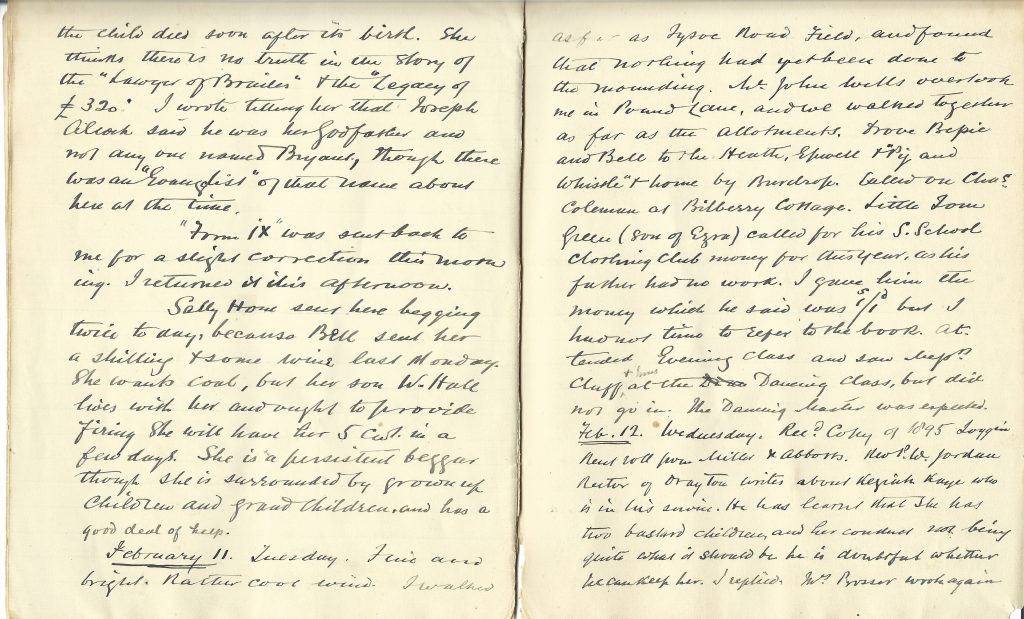 Fine and bright. Rather cool wind. I walked as far as Tysoe Road Field, and found that nothing had yet been done to the mounding. Mr John Wells overtook me in Pound Lane, and we walked together as far as the allotments. Drove Bessie and Bell to the Heath, Epwell and “Pig & Whistle” and home by Burdrop. Called on Charles Coleman at Bilberrry Cottage.

Little Tom Green (son of Ezra) called for his Sunday School Clothing Club money for this year, as his father had no work. I gave him the money which he said was 1/1 but I had not time to refer to the book.

Attended Evening class and saw Messrs Cluff and Inns at the Dancing class, but did not go in. The Dancing Master was expected.