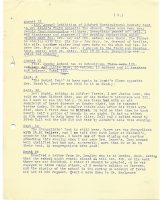 Received a letter from Mr Langley who is at Marden, Kent, asking that the school might remain closed till October 8th, as his work there was not finished. I think it should be granted as he was engaged on terms, among others, of 5 weeks holiday at Harvest, and the closing of the school in the spring on account of fever was not at his request. I sent a note down to Mr Woolgrove asking him to speak with me in the vestry tomorrow about it.

Drove to Banbury to bring out Frank who had written to say he would arrive from Tutbury at 5.11 pm. I did not get away till 3.20. The mare went slowly, so that I did not reach Banbury till 4.50. I drove direct to the station. The train was 20 minutes late. So I put the mare up at the Red Lion and gave her a feed of corn. She came out very well. Frank drove.