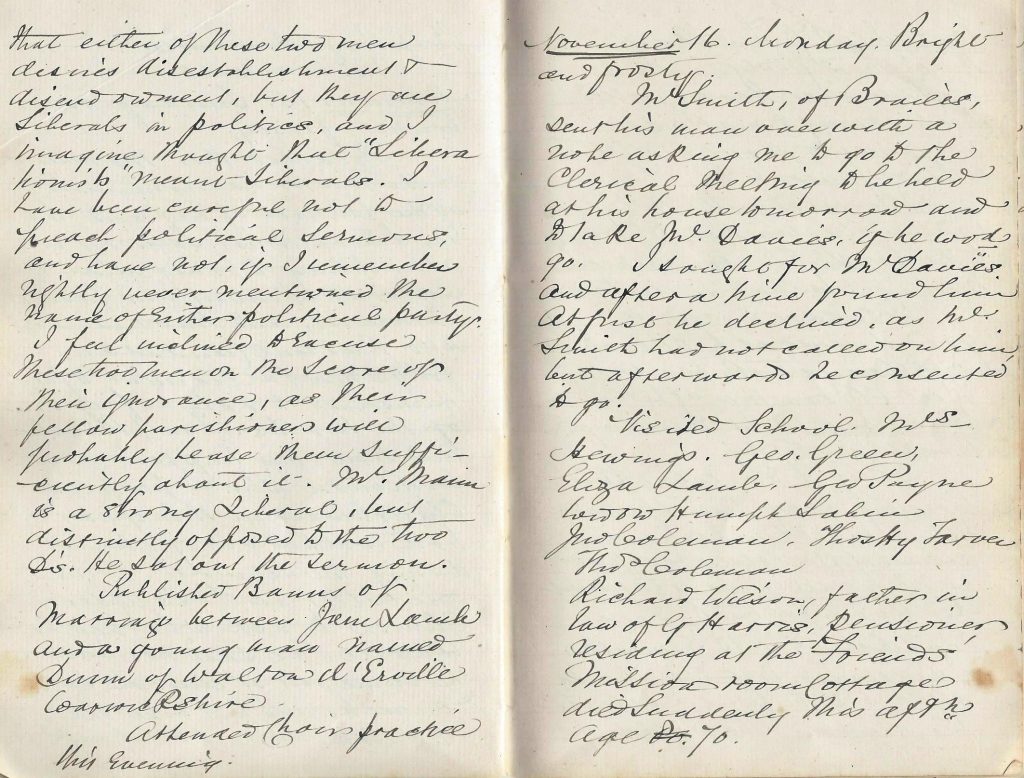 Mr Smith, of Brailes, sent his man over with a note asking me to go to the Clerical Meeting to be held at his house tomorrow and to take Mr Davies, if he would go. I sought for Mr Davies, and after a time found him. At first he declined, as Mr Smith had not called on him, but afterwards he consented to go.