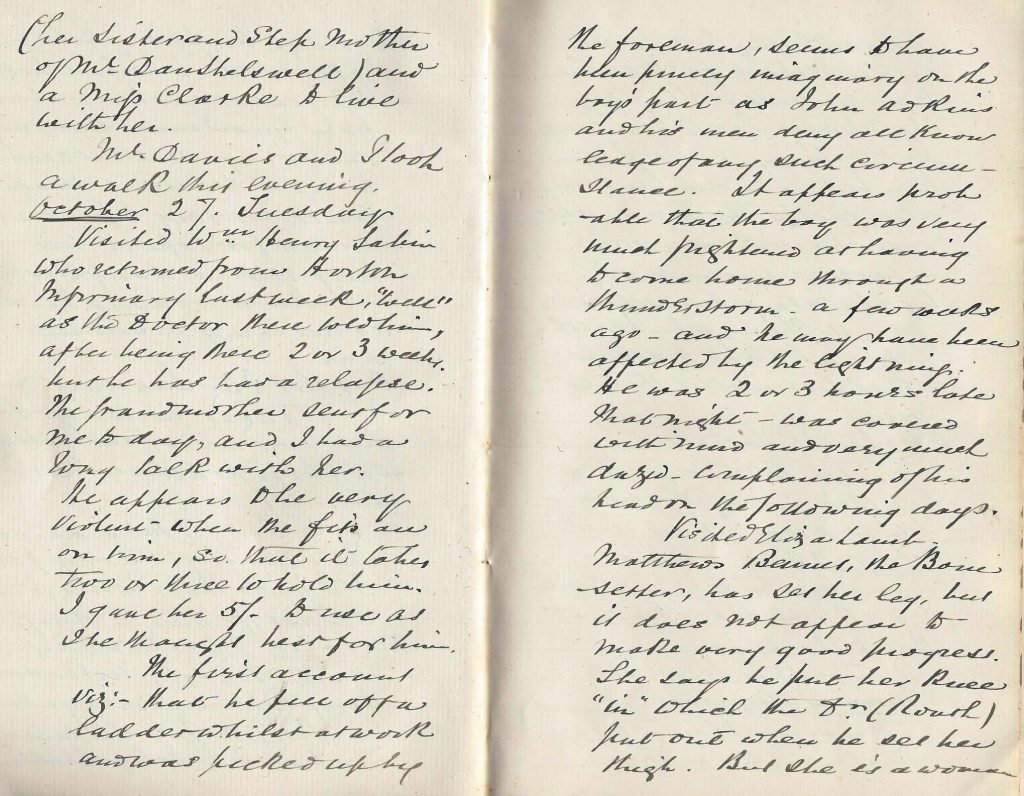 Visited William Henry Sabin who returned from Horton Infirmary last week, “well” as the Doctor there told him, after being there 2 or 3 weeks, but he has had a relapse. The grandmother sent for me today, and I had a long talk with her.

He appears to be very violent when the fits are on him, so that it takes two or three to hold him. I gave her 5/- to use as she thought best for him.

The first account viz:- that he fell off a ladder whilst at work and was picked up by the foreman, seems to have been purely imaginary on the boys’ part as John Adkins and his men deny all knowledge of any such circumstance. It appears probable that the boy was very much frightened at having to come home through a thunderstorm – a few weeks ago – and he may have been affected by the lightning. He was 2 or 3 hours late that night – was covered with mud and very much dazed – complaining of his head on the following days.

Visited Eliza Lamb. Matthew Barnes, the Bone setter, has set her leg, but it does not appear to make very good progress. She says he put her knee “in” which the Doctor (Routh) put out when he set her thigh. But she is a woman who evidently has very little respect for medical men generally. She says she always loved her Church. But certainly, since I have been here, she and her family (except the 3 youngest ones) have shown it in a curious manner, viz:- by absenting themselves from it. She says her health has been too bad to allow of her sitting out the service.