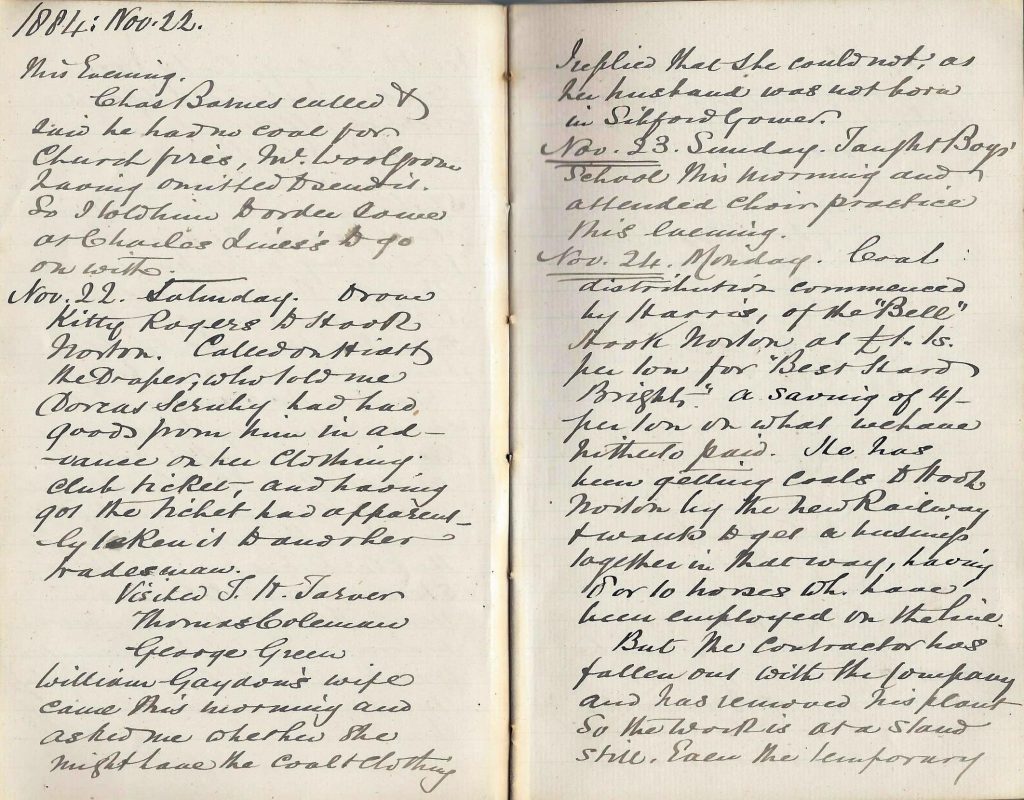 Coal distribution commenced by Harris, of the “Bell” Hook Norton at £1.1s. per ton for “Best Hard Brights”, a saving of 4/- per ton on what we have hitherto paid. he has been getting coals to Hook Norton by the new Railway and wants to get a business together in that way, having 8 or 10 horses which have been employed on the line. But the contractor has fallen out with the company and has removed his plant. So the work is at a standstill. Even the temporary rails. So Harris had to bring the coal from Banbury by road, which was in a bad state owing to snow and thaw and frost.

Rev H. Trevor Wiliamson of Bredwardine, one of those who answered my advertisement in the Church Times on behalf of William Webb, sent for the boy who went to him today, driving to Moreton in the Marsh. If he seems likely to suit he is to stay, wages £8 the first year, all found and one suit. Railway journey to be paid.

Thomas Lamb, Band Treasurer called and said he had received 21/- from Mrs Morris (late Harris) of Loraine Road, Holloway as a contribution to the funds of the Band, and asked me to write and thank her which I did.