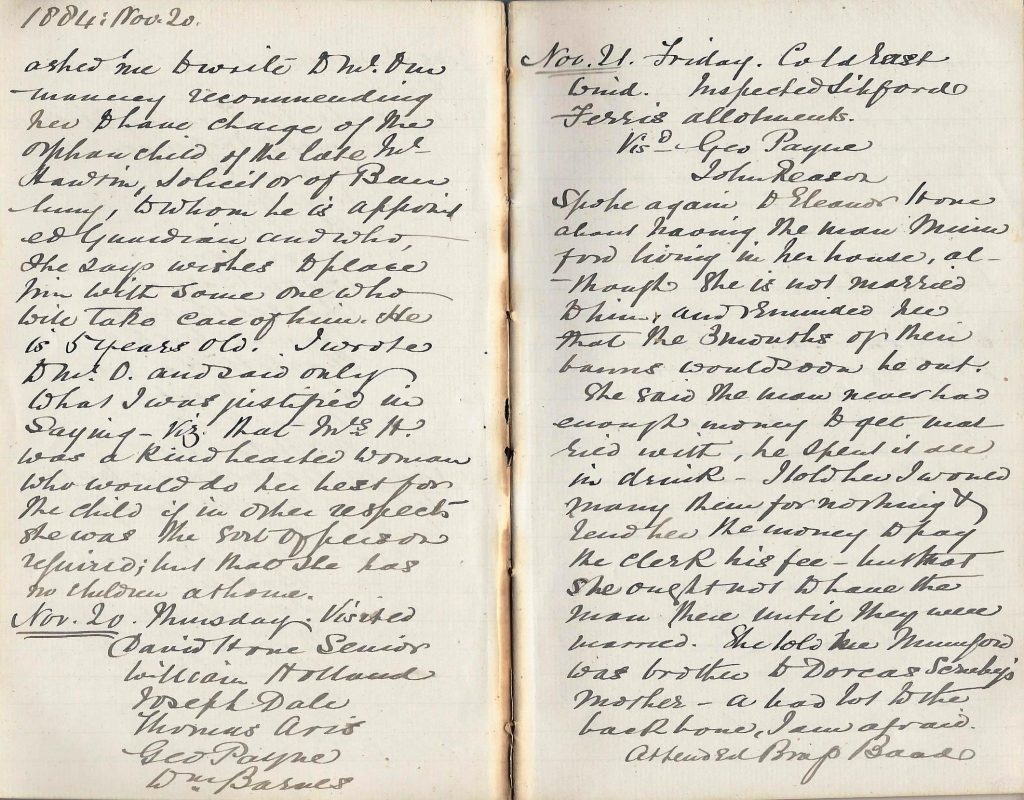 Spoke again to Eleanor Hone about having the man Mumford living in her house, although she is not married to him, and reminded her that the 3 months of their banns would soon be out. She said the man never had enough money to get married with, he spent it all in drink. I told her I would marry them for nothing and lend her the money to pay the clerk his fee – but that she ought not to have the man there until they were married. She told me Mumford was brother to Dorcas Scruby’s mother – a bad lot to the backbone, I am afraid.

Charles Barnes called and said he had no coal for Church fires, Mr Woolgrove having omitted to send it. So I told him to order some at Charles Lines’s to go on with.