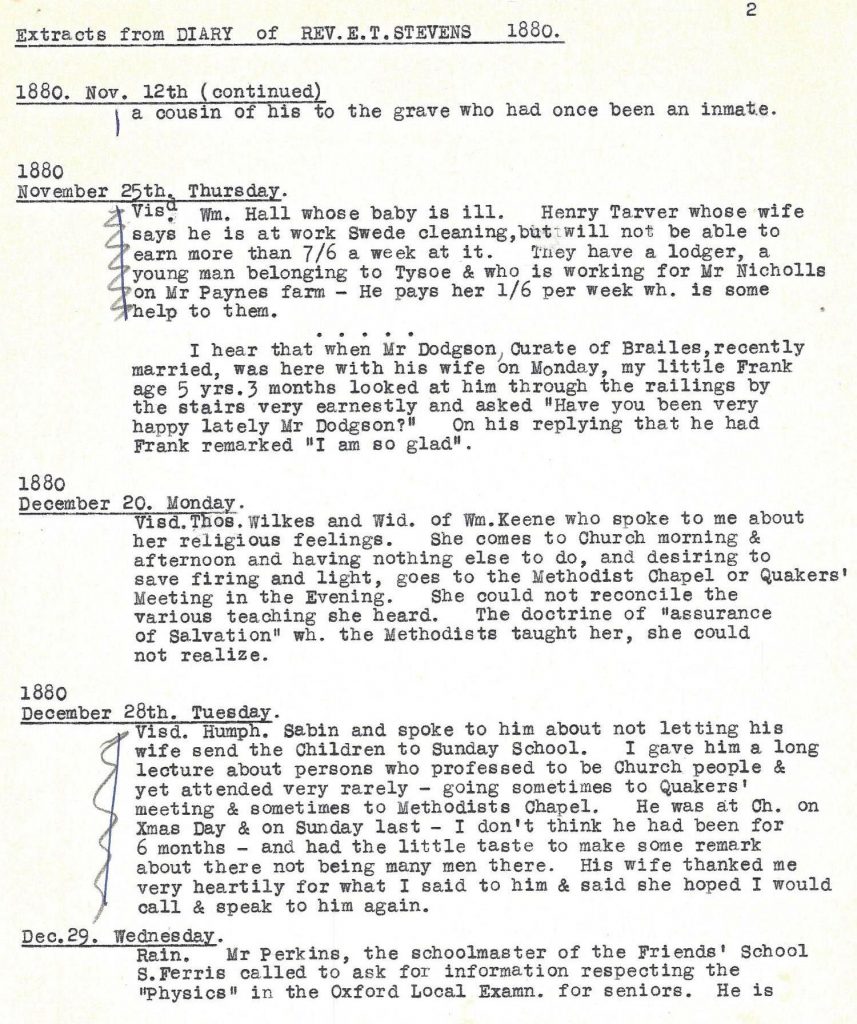 Visited Humphrey Sabin and spoke to him about not letting his wife send the children to Sunday School. I gave him a long lecture about persons who professed to be church people and yet attended very rarely – going sometimes to Quakers’ meeting and sometimes to Methodists Chapel. He was at Church on Xmas Day and on Sunday last – I don’t think he had been for 6 months – and had the little taste to make some remark about there not being many men there. His wife thanked me very heartily for what I said to him and said she hoped I would call and speak to him again.