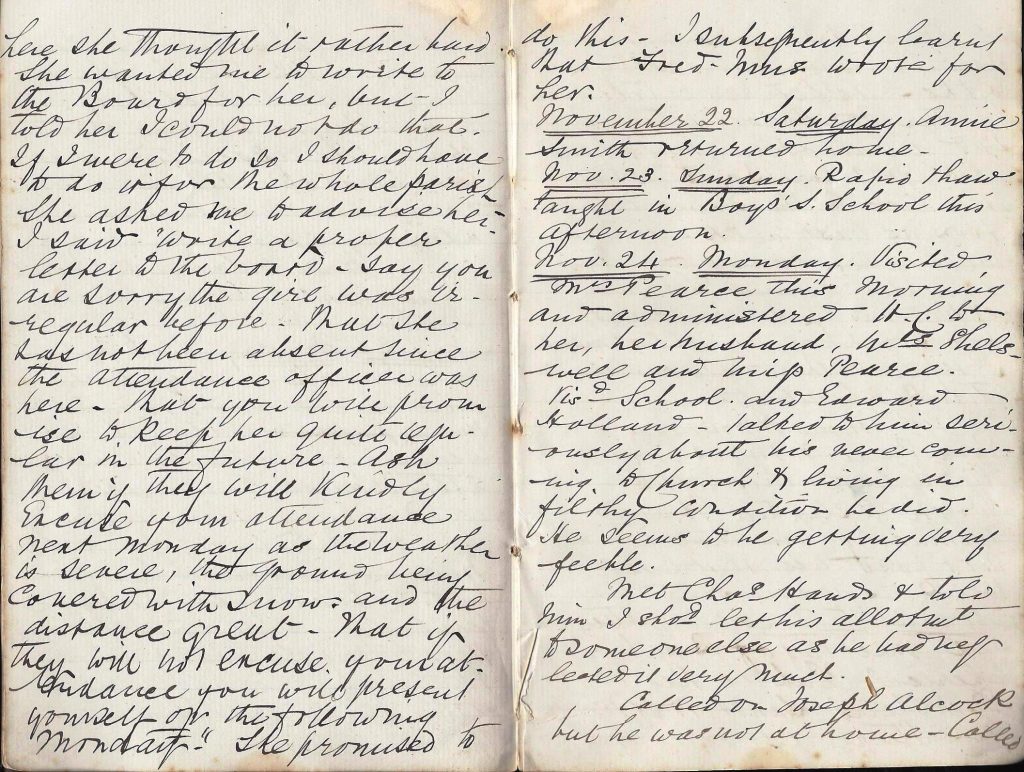 Visited Mrs Pearce this morning and administered H.C. to her, her husband, Mrs Shelswell and Miss Pearce.

Visited School and Edward Holland – talked to him seriously about his never coming to Church and living in filthy condition he did. He seems to be getting very feeble.

Met Charles Hands and told him I should let his allotment to someone else as he had neglected it very much.

Called on Joseph Alcock but he was not at home. Called at Mark Barnes’s next door, saw his wife and Betty Wilks – asked her to tell her brother Jos. Alcock that I had an allotment for him.

Visited Mrs Ann Bond who still lies in the same condition as last week – and is well taken care of. Her daughter Emma Tarver asked me if I could let her son have an allotment – I replied that I would think about it.

Wrote to Stephen Hands reminding him that he had not paid his rent last week as promised.