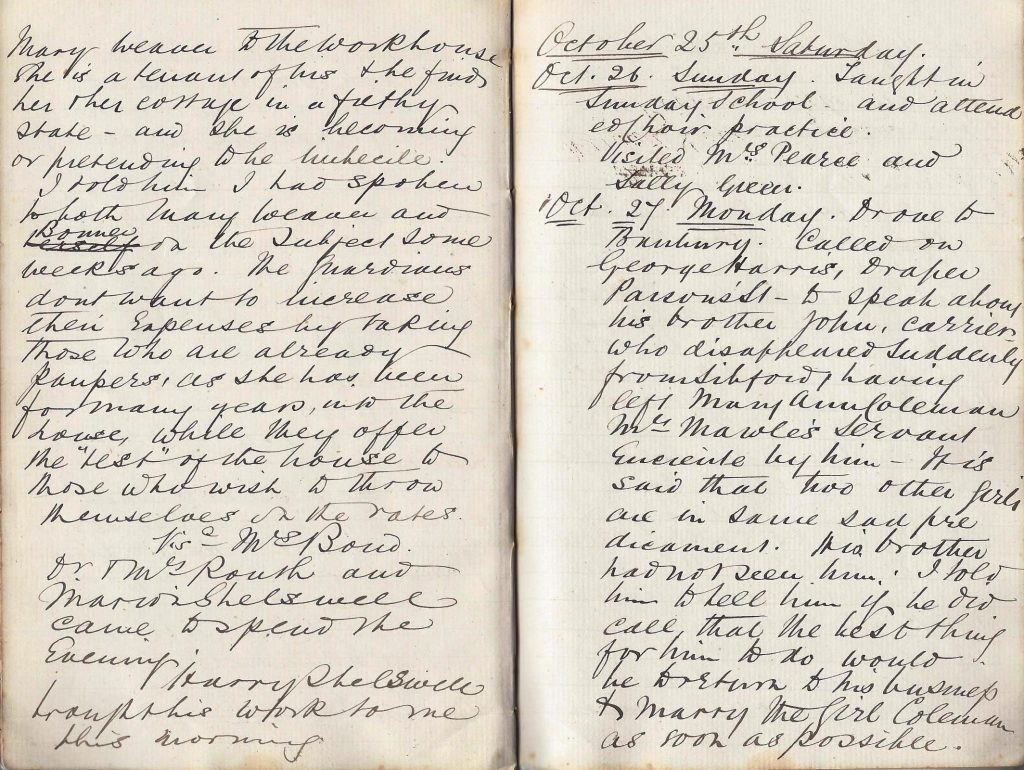 Drove to Banbury. Called on George Harris, Draper Parson’s Street to speak about his brother John, carrier who disappeared suddenly from Sibford, having left Mary Ann Coleman Mrs Mawle’s servant enciente by him. It is said that two other girls are in same sad predicament. His brother had not seen him. I told him if he did call that the best thing for him to do would be to return to his business and marry the girl Coleman as soon as possible.

I saw old John Harris the father in Banbury – he was very much “cut up” – and told me John had been going wrong for some time; that he told him this morning he ought to marry the girl – but he replied that he would not. The old man asked me whether I would transfer my custom to a young man to whom he purposed selling the carrying business. I replied that I never made any promises of that kind, but that I had often much more business than one carrier could do.