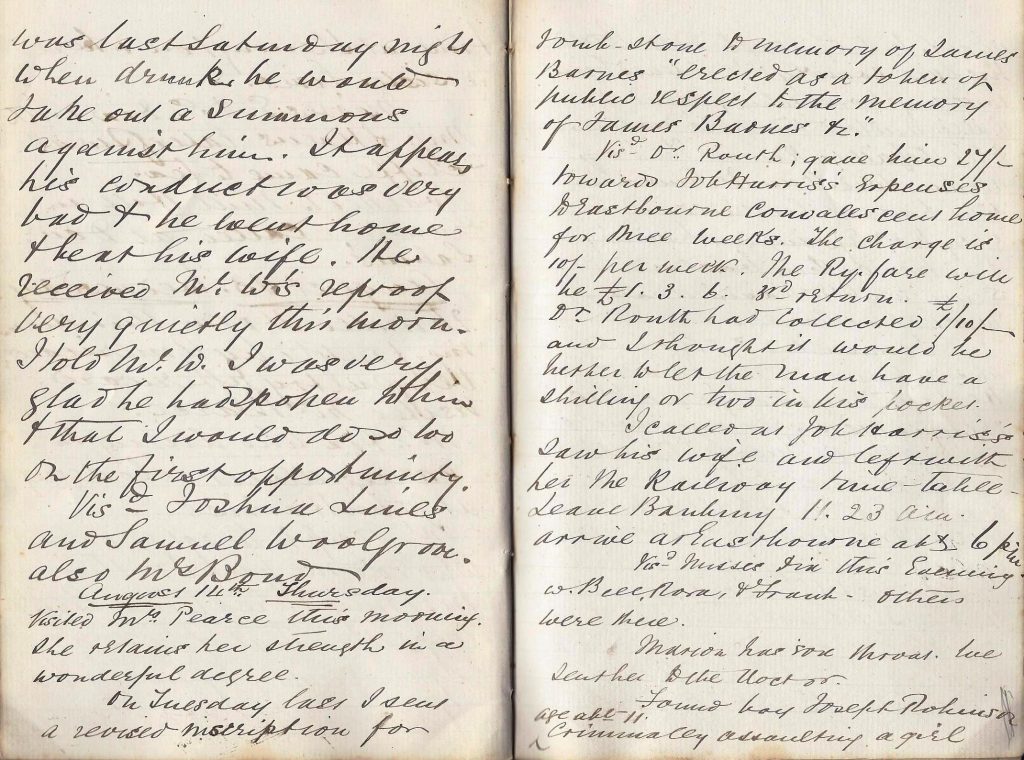 Visited Mrs Pearce this morning. She retains her strength in a wonderful degree.

Visited Dr Routh; gave him 27/- towards Job Harris’s expenses to Eastbourne convalescent home for three weeks. The charge is 10/- per week. The railway fare will be £1.3.6 3rd return. Dr Routh had collected 1/10/- and I thought it would be better to let the man have a shilling or two in his pocket.

I called at Job Harris’s, saw his wife and left with her the railway time-table – leave Banbury 11.23 am, arrive at Eastbourne at 6 pm.

Visited Misses Dix this evening with Bell, Rosa and Frank. Others were there.

Marion has sore throat. We sent her to the doctor.

Found Joseph Robinson, age about 11, criminally assaulting a girl age about 6, daughter of Joseph Dale. Boxed his ears soundly and frightened him with my horse whip; went to Dale’s and told the girl’s mother to let the father know. The boy’s mother, Widow Ann Robinson who has set her children a very bad example, having had two or three bastards since her husband’s death, was not at home.

I consulted Dr Routh about pains in my head. He said they were periosteic? rheumatism, recommended me to drink “Encore” whisky in preference to beer or wine, and to rub the head with some kind of liniment, camphor etc etc.