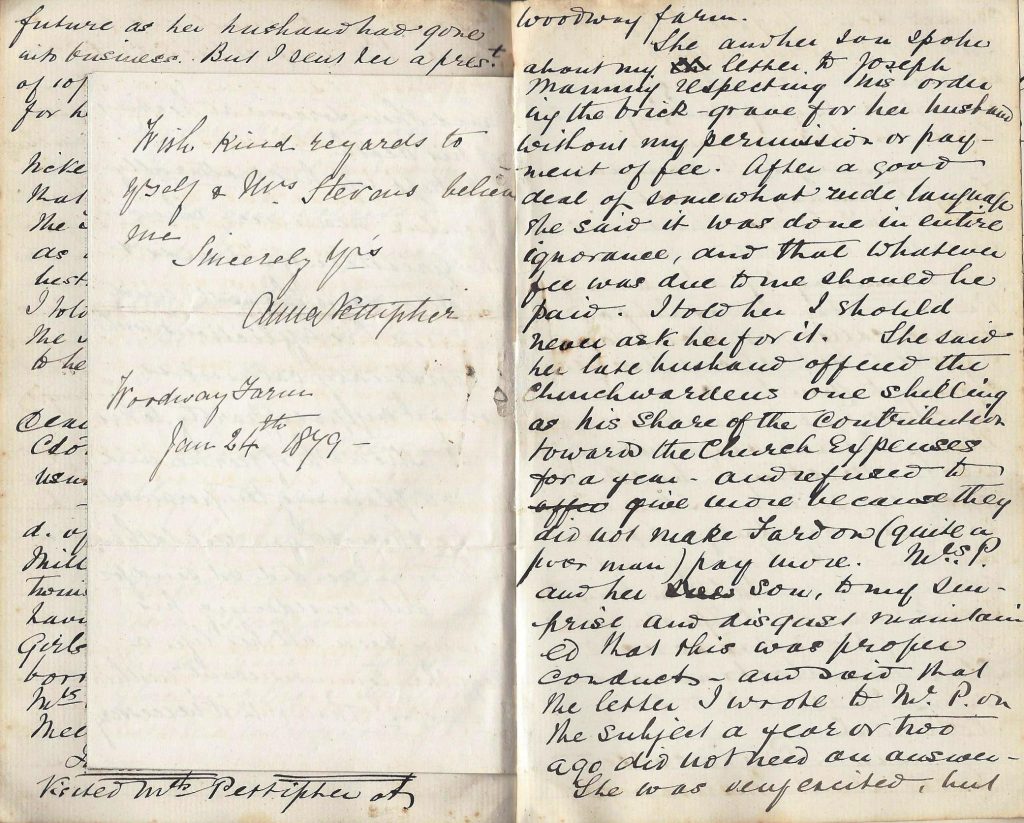 Visited Mrs Pettipher of Woodway farm. She and her son spoke about my letter to Joseph Manning respecting his ordering the brick grave for her husband without my permission or payment of fee. After a good deal of somewhat rude language she said it was done in entire ignorance, and that whatever fee was due to me should be paid. I told her I should never ask her for it. She said her late husband offered the Churchwardens one shilling as his share of the contribution toward the church expenses for a year – and refused to give more because they did not make Fardon (quite a poor man) pay more. Mrs P and her son, to my surprise and disgust maintained that this was proper conduct – and said that the letter I wrote to Mr P on the subject a year or two ago did not need an answer. She was very excited, but calmed down before I left and read me several letters she had received from Clergymen and others sympathizing with her in her bereavement.