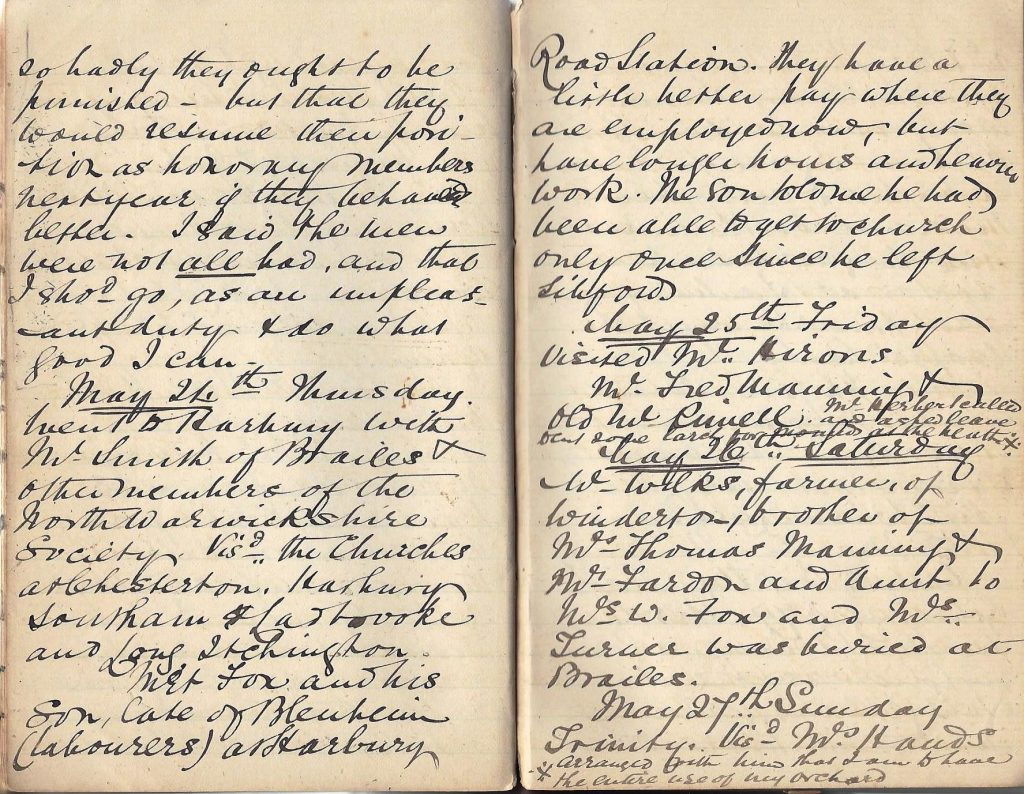 Visited Mrs Hands, Mr and Mrs Thomas Manning, Widow Keen, Samuel Woolgrove, Widow Bond to whom I gave 1/- to buy a basket to carry her medicine bottle in next time she goes to see her doctor at Banbury – last time she went she dropped her bottle and lost all her physic, so that she had to go without for a week. Her daughter Tarver looks very ill.

Baptized Elizabeth Gibbs, aged 79. Her daughter Mrs Padbury, a Roman Catholic, was present. Mrs Gibbs begged her husband with tears to be baptized too, but he refused saying he could not believe “all the quakers were going or gone to hell”. The office and altogether were very touching.

Henry Sabin was interred in the Friends’ burying ground this evening. A great number of the “Society” followed, besides the Club members and others. Henry Sabin told me last Sunday that he had been baptized. He attended “meeting” when he went anywhere and has never been to church except to a funeral.