The cameras are switched off overnight. Current snapshots are displayed below when they are working, with links to the live views.

The chart shows temperatures in the boxes over the last seven days. 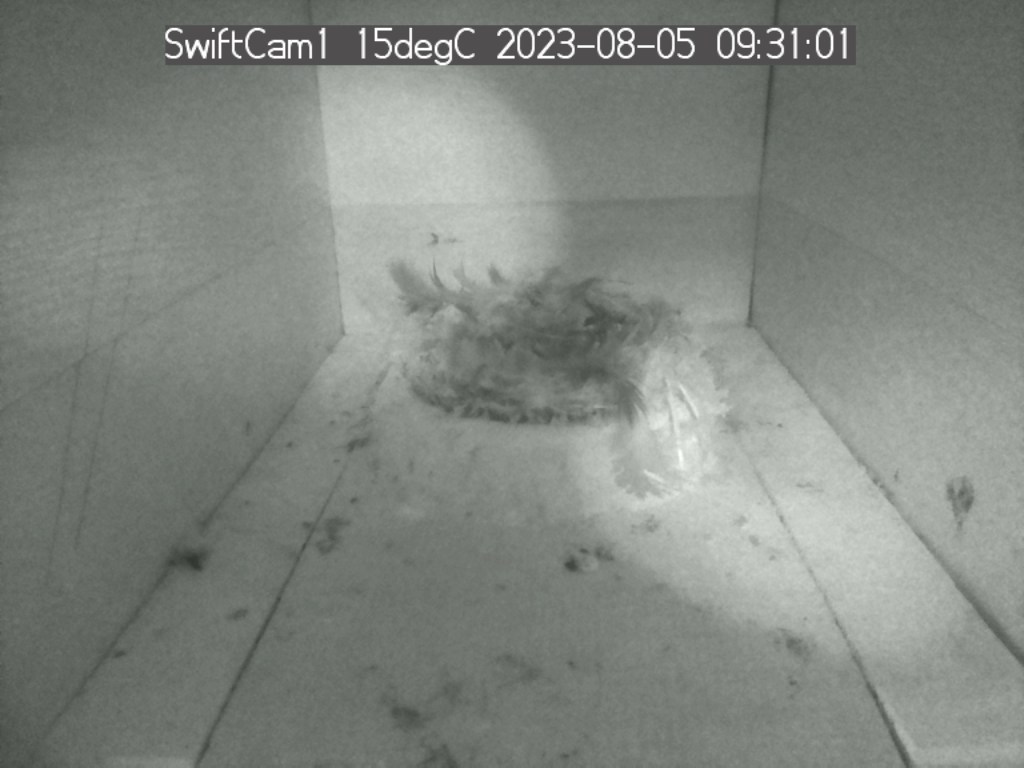 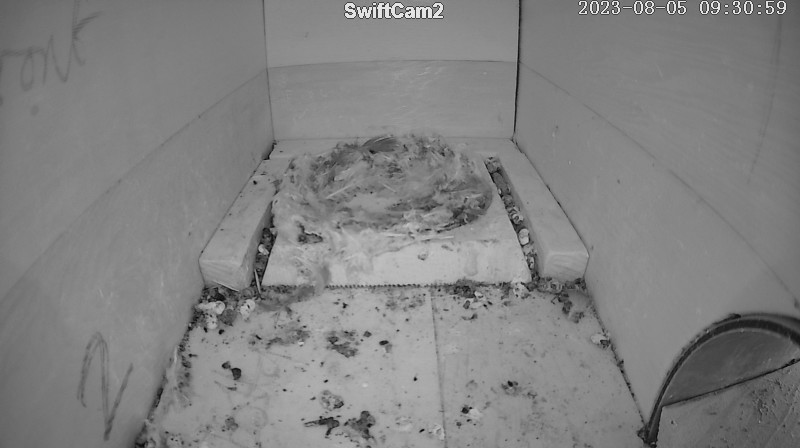 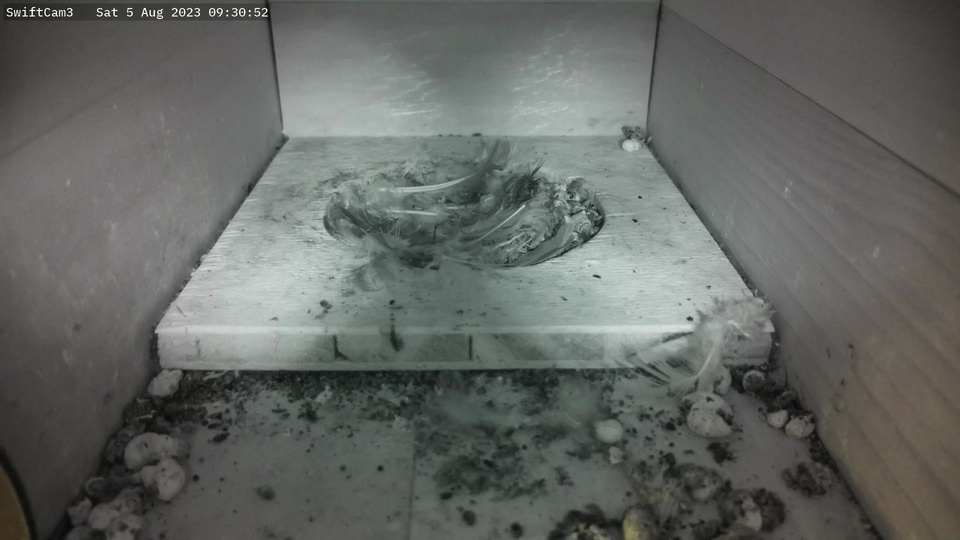 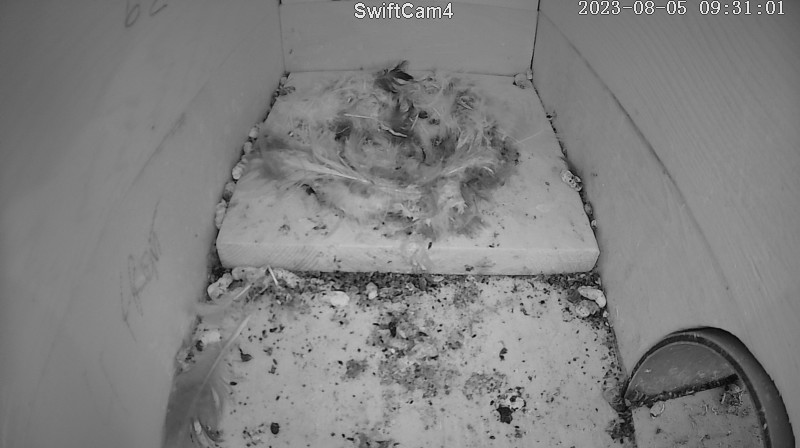 Life in the nestboxes is calm and peaceful most of the time, but here are some action replays.

Parent of three hatchlings fighting off an intruder?

…and parent cleaning up

These were recorded on 8 / 9 July, when the three chicks were nearly 4 weeks old. The addition of a microphone reveals interesting details of swift life, including strange calls from the adult birds that I’ve not heard outside. It becomes clear that one of the chicks is much smaller than the others; it seems to be finding it hard to compete in the feeding frenzy that follows the arrival of a parent.

Compare the size of its wings with with those of big chick in the previous video.

The sound of the arrival of one parent sends the chicks into the usual feeding frenzy; then the second parent arrives. Towards the end one of the parent departs to collect more food – listen for the distinctive sound as it launches itself out of the tunnel, letting in more light.

In this feeding event, the difference in size of the chicks is again apparent, and Tiny chick is first to leave the mêlée. The parent (presumably) utters a strange call at 13:19:24.

This video begins with a clear view of the three chicks in the scrape, Tiny chick (with a much greyer face than the others) in the middle. The parent arrives, again with that strange call.

One parent is cuddling the chicks when the other parent makes a quiet entrance. The chicks pester it for food, but it’s not clear that any was offered.