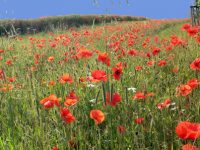 Flaming June – and so it started! The first few days gave us warm sunshine and a heat wave for the children’s half term holiday from school. June is the month when we look forward to many outdoor events and occasions. Trooping the Colour in London to celebrate the Queen’s Official Birthday, Royal Ascot Race Week and the Wimbledon Tennis Tournament. This June, for the first time in Africa, South Africa is hosting the World Cup Football Championships and this is engendering support amongst football fans for the England team who are taking part. In the Sibfords some of the local organisations will leave the village on their annual summer outings, Sibford School will be hosting an Open Day and their first Festival of Theatre, the Village Hall will hold its annual fund-raising Village Fayre, four local gardens will be open under the National Gardens Scheme and there will be a showing of the Millennium Pageant staged in and by the Sibfords to mark the 10th anniversary of this major production which took place in 2000. All-in-all, a busy month ahead which will include our designated Domesday 2010 on 16 June when villagers have been asked to record their activities on that specific day.

The hot spell ended abruptly on 7 June when a depression dropped half an inch or more of rain over most of the UK. This was the heaviest rainfall since 15 January – the gardens benefitted from a good soaking but most vegetable crops are still suffering from the dry conditions.

The Friendship Club and WI met early in the month while the Sibford Methodists celebrated their Chapel Anniversary – a small congregation enjoyed fellowship and an address from the Rev Glyn Evans (who lives in Sibford Gower). A coffee morning was held where, in exchange for a freshly brewed cup of coffee and delicious refreshments, those attending were invited to ‘Bring a Bottle’ to give a head start to the Tombola stall for the Church Fete due in July. During the evening on 16 June (Domesday 2010) a group of members from the Horticultural Society visited Wyck Rissington to see the two and a half acre garden at Stone House, a working party started to clear ivy from the stone walls at Holy Trinity Church and the full Governing body met at the Gower Primary School. 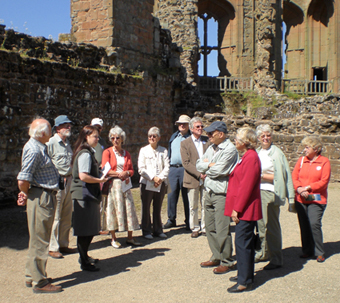 The following morning members of the Sibfords Society left the village hall to drive to Kenilworth to enjoy a guided tour of the ruined remains at Kenilworth Castle and the recently opened Elizabethan Garden together with the exhibition mounted in the Gate House. After a fascinating morning many remained in Kenilworth for a pub lunch which was enjoyed out of doors in wonderful sunshine. 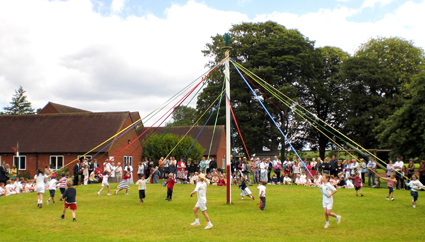 The following weekend, although dry, was chilled by a strong north easterly wind so the visitors to Sibford School Open Day enjoyed watching the Maypole dancing expertly done by the youngest children feeling they would like to join in to keep warm. Once given the opportunity they soon realised that it was more difficult than it had appeared as spectators! It was a happy occasion with opportunities to see examples of work in all departments, enjoy listening to the school’s jazz band and refreshments were served in the French-style bistro cafe. While the senior school sports were taking place after lunch the Village Fayre got underway in the field behind the Village Hall. All sorts of stalls, games, teas, a bar and bar-b-que and featuring the Sibfords Fun Dog Show.

The arena hosted many classes for every kind of family pet dog including one for ‘the dog with the waggiest tail’. Young and older handlers alike encouraged their charges with treats offered from deep pockets! The afternoon ended with presentations to all the winners and the Egg Throwing competition – a fresh egg was thrown between each pair of contestants. Every successful catch required the contestant to take one step backwards so each throw became longer until the final pair with a whole, unbroken egg remained and were declared winners – messy but fun! 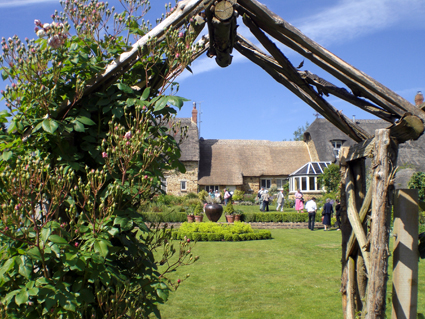 The following day the Open Gardens in Sibford Gower were blessed with warm sunshine and the hard and dedicated work in the four gardens at Gowers Close, Carter’s Yard, the Manor and Buttslade House was enjoyed by the many visitors who came to our special part of north Oxfordshire. The warmth enhanced the wonderful fragrances offered by the colourful blooms and delicious afternoon teas were served in the garden at Temple Close rounding off a very enjoyable, relaxing and sociable occasion which celebrated everything that is best in an English village on a summer afternoon. The gardening theme continued when, during the evening on the 24th, Sibford Horticultural Society were hosts to members of Swacliffe and Tadmarton Horticultural Society. Nine members opened their own private gardens for members to share – what secret delights were enjoyed hidden behind cottages, walls and hedges.

Our local Banbury Member of Parliament, Tony Baldry, visited on the same evening and held a well attended meeting in the Village Hall to answer constituent’s questions and points raised from the floor. The Hall was busy again on the final Saturday of the month when a DVD of the Pageant staged by villagers was shown and villagers were reminded of the hard work and fun that had surrounded such an ambitious project. The writer and co-director, David Ryall, returned for the performance and wrote an introductory piece which underlined the on-going passage of time and the need to record stories of everyday happenings to continue the rich history of our special villages. Once again we were treated to the rich and haunting music which had been specially written for the production by villager Guy Wolfenden (ex-musical director at Stratford Theatre). A bring-and-share supper was enjoyed in the interval and there was a buzz as people talked over the production and the various parts that they had played either on the outdoor stage or behind the scenes. It did focus our thoughts as during the intervening ten years some people had moved away or passed away. An exhibition of the Millennium Embroidery panels together with photographs of the pageant during all its processes added to a very enjoyable evening.

Sibford Schools’ Festival of Theatre brought a range of top class opportunities to enjoy this art form performed by both students and visiting actors. The outdoor performance of the Importance of Being Ernest held in the garden of the headmaster’s house, Holly House, was excellent and enjoyed on a balmy, warm mid-summer evening. How fortunate we are to be able to enjoy so many and varied activities in our own village.

By the end of the month the England football team had returned home having disappointed their fans with poor performances in their games – they lost to Germany in the first of the knock out stages having come a poor second in their group which they were expected to have won easily. British hopes were carried on the Scottish shoulders of our tennis hope Andy Murray. The first week of Wimbledon had been blessed with faultless weather and some exceptional performances by both male and female players. The finals will be played early next month so more nail-biting matches will follow for ardent tennis fans.

The month of June had fulfilled its promise of being a full and busy one and the continued run of dry weather meant that the first six months of the year were recorded as the driest since 1929.